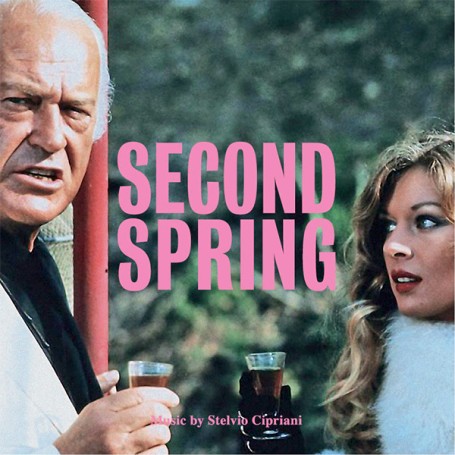 Chris' Soundtrack Corner proudly presents for the first time the complete soundtrack to Second Spring, a West German/Italian coproduction released in 1975, written and directed by Ulli Lommel (1944-2017). Lommel is considered one of the most consistently creative filmmakers to come from the New German Cinema, with 65 credits as director in a variety of genres. The movie stars Curd Jürgens as womanizing bon vivant who has finally come to terms with growing old and decided to settle down and enjoy his second spring by marrying Gertrud (Irmgard Schönberg, in her only film credit), a beautiful woman several decades his junior. But when Fox returns to his womanizing ways, Gertrud withdraws from him and discards her husband's companionship altogether, flagrantly exhibiting her own sexual appetites for younger and wilder liaisons of both genders, which inevitably leads to a grievous confrontation with her aged husband.

The entire score to Second Spring was a mix of original music and library tracks by the highly prolific and accomplished Italian composer Stelvio Cipriani (1937-2018). He had actually composed a fairly extensive original score for the film, but, unaccountably, most of it was replaced by library tracks for the film's final mix, with only a few cues from the original score remaining in the film. As a result, the film score is quite a curiosity; its soundtrack remains effective and quite lovely, with both the previously-used tracks and the bits of original cues left in the film providing a melodic wash of romantic fragrance and appealing soft jazz in the composer's finest form.

The music for Second Spring thus remains an interesting oddity in the composer's filmography. Cipriani composed fifteen motion pictures in 1975 – of which Second Spring proved to be one of his most persuasive and melodic scores, even with more than half of its musical content tracked in from previous scores. The topic of the film is not unusual: Cipriani had scored a number of sex-comedies and dramas in Italy and Germany during the 1970s, and he'd had library tracks originating from previously-composed films show up regularly in new movies, including the same year's Spanish crime thriller, Metralleta Stein, which is being released concurrently by Chris' Soundtrack Corner. But Second Spring is unusual in that Cipriani had composed at least a large portion of its score already, and found those cues removed in favor of an almost wholly recycled soundtrack.

Chris' Soundtrack Corner is pleased to make the Second Spring soundtrack available, especially its previously unheard tracks, for the first time. This album is produced by Christian Riedrich and mastered by Stefan Betke. The CD is accompanied by a 12-page illustrated booklet designed by Aletta Heinsohn featuring detailed, exclusive notes on the film and its score by film music journalist Randall D. Larson, who deconstructs the score's elements in detail. 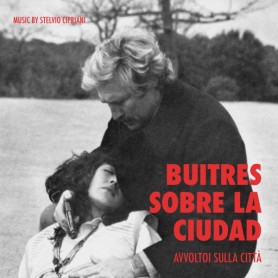 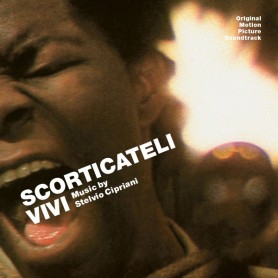 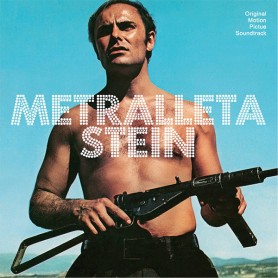