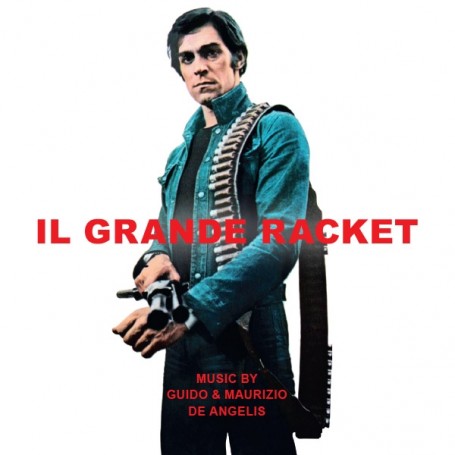 Chris' Soundtrack Corner continues with its ongoing series of retro Euro-cult film music masterworks by now offering an updated and expanded soundtrack to Enzo Castellari's foundational Italian crime thriller, IL GRANDE RACKET (1976, THE BIG RACKET). The film is a prized example of its genre; its score, a brilliantly thematic and tuneful work by Guido and Maurizio De Angelis, is now available in a sparkling new and comprehensive edition.

The genre of the poliziotteschi (Italian crime thriller) had gone through some evolutionary shifts by the time director Enzo Castellari directed THE BIG RACKET. The classification originated as an exercise in socio-political catharsis, unflinchingly depicting the violence and crime occurring on the streets of Italian cities and supplying psychological release via the portrayal of brutal cops fighting back. But five years after 1972's EXECUTION SQUAD defined the sub-genre, the category had become a venue for hyperbole, extravagant exercises in explosive action, depravity, sex and violence. The intent still was to cast a critical eye on real-life strife, but Castellari observed the time was ripe to start having fun with the format. He went so far as to encourage his principle BIG RACKET actors to improvise dialog if they felt inspired to do so. Thus, where spaghetti westerns had eventually turned to comedy, the crime films shifted into semi-surrealist mode – what Castellari called "cruel, modern-day fairy tales," of which THE BIG RACKET occupies a foundational position.

Composers Guido and Maurizio De Angelis supplied Enzo Castellari with a minor film music masterpiece when they scored THE BIG RACKET. It's become clear that the pop-cultural cache of Castellari's film stems from the powerhouse soundtrack supplied by the gifted, hard-working brothers, which plays a large role in the film's exotic and exciting qualitative distinctions. Their score is outwardly comprised of a trio of basic components: an Evil Theme, a Main Theme, and a Violence Theme. This album is helpfully made user-friendly by positioning each of these at the beginning of the track layout, thus establishing at the start the three-way musical alliance from which the rest of the score will progressively develop. Each theme reappears multiple times throughout the score in various guises and variations and demonstrates the composers' skill in thematic design; at the same time their ingenuity in adapting appropriate influences from other sources is displayed by this score's sharing of the deep pool of musical possibilities afforded by movie music of the 1960s and '70s, resulting in an effective and exceptionally entertaining work.

IL GRANDE RACKET / THE BIG RACKET was previously released on CD in a fine three-score "Italian Police" set from Digitmovies in 2007. This new edition from Chris' Soundtrack Corner restores to their original individual status several tracks that had been combined into suites on the Digitmovies disc, plus we provide here a previously unreleased cue (Track 28) as well as the song "Taste of Love," which previously appeared on the B-side of CAM's 1975 single release of the De Angelis' PIEDONE A HONG KONG (and Digitmovies' 2005 release of its full score). The sonic elements of this soundtrack are enhanced by John Bender's comprehensive album notes, which trace the film's history and examines its score in fascinating detail. 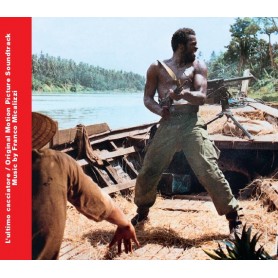 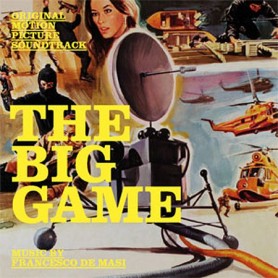 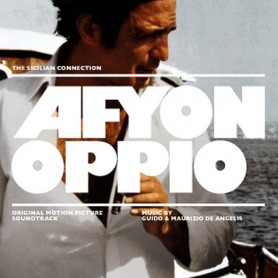