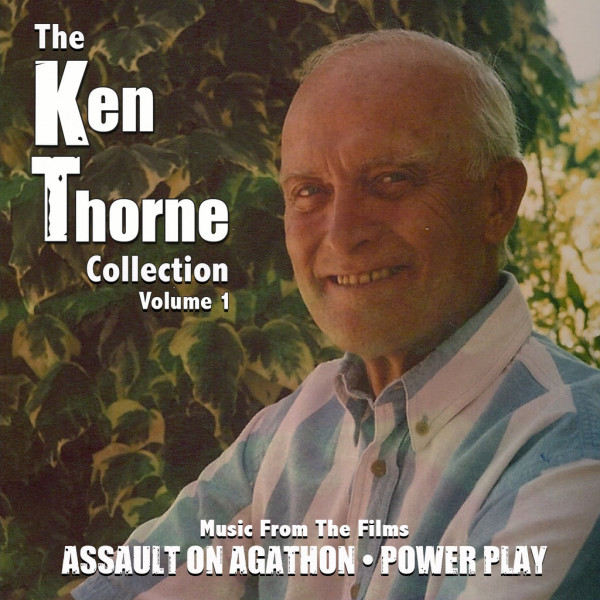 Ken Thorne (1924-2014) was a veteran English composer for motion pictures since the mid-1960s. He gained a successful career as a big band pianist during the 1940s, and later took up studying composition at Cambridge, which led to scoring films, starting out with a 1948 musical but began earnestly in the early 1960s. Thorne so impressed director Richard Lester on one of his early films that he became Lester’s composer of choice, writing the instrumental underscore for HELP!, starring The Beatles, then winning an Oscar for best adapted music for Lester’s film A FUNNY THING HAPPENED ON THE WAY TO THE FORUM, and reworked the music of John Williams from SUPERMAN for Lester’s two sequels, SUPERMAN II and III. Over his career, Thorne composed, orchestrated or conducted more than 100 feature and television movies.

Released in 1976, ASSAULT ON AGATHON tells the story of Interpol agent Cabot Cain (Nico Minardos), who has been recently assigned to stop the mysterious Agathon (George Moussou), an insurgent who is instigating a new revolution in Greece. Directed by László Benedek and filmed on location, ASSAULT ON AGATHON makes the most of its spectacular Grecian scenery, allowing the composer many exciting musical opportunities. The film opens with an engaging main theme, a mix of strings, brass, and drums behind a provocative, rising woodwind melody, which is reprised several times in the score, along with a delicious love theme later on for strings and harpsichord and plenty of articulate action music.

Released in 1978, POWER PLAY, also known as COUP D'ÉTAT, takes place in a fictional country beset by corrupt government, terrorism and martial law, where a small group of military officers (Peter O’Toole, David Hemmings, Donald Pleasence) decide that they must overthrow the current administration. But the coup’s leader worries that there is a spy in their group and ultimately it is revealed that he’s not wrong. Directed by Martyn Burke, whose script, co-written with Edward N. Luttwak (based on his 1968 non-fiction book, COUP D’ÉTAT: A PRACTICAL HANDBOOK) won Best Screenplay at the Canadian Film Awards. Not all of the score’s tracks have survived (including the main title), but we feel the 17 tracks that have remained offer a sufficient example of the composer’s music for this film. POWER PLAY is primarily a suspense score full of tension and brooding, which Thorne offers through effective orchestration and textural interaction but there are also opportunities for a poignant melody for guitar and strings over keyboard presented underneath a eulogy and also some great moments of action/suspense writing.

Dragon’s Domain Records presents THE KEN THORNE COLLECTION, VOLUME 1, featuring music composed by Ken Thorne for ASSAULT ON AGATHON and POWER PLAY,appearing for the very first time on compact disc. The music has been mastered by James Nelson at Digital Outland and the liner notes have been written by noted author Randall Larson.

THE KEN THORNE COLLECTION, VOLUME 1 is a limited edition release of 500 units. 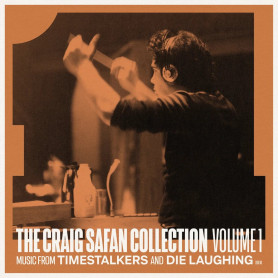 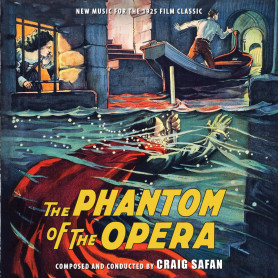 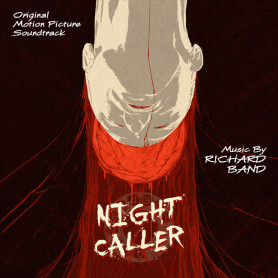