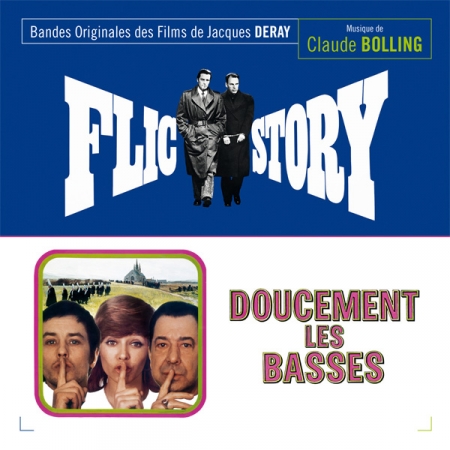 Expanded and remastered edition supervised by Claudio Fuiano.
50 minutes of music, including 30 minutes of music never released before.
8-page CD booklet with French and English liner notes by Gilles Loison.

Doucement les basses tells the story of Simon Médieu (Alain Delon), a young man who has entered the priesthood after learning of the death of his wife, Rita (Nathalie Delon). Claude Bolling composed a score between religious tone and mysticism: the main theme based on a toccata played by the great organist Raphaël Tambieff, the baroque colour of Mélodie du rêve, the vocal-jazz poem with a mysterious-sounding choir (Le vent) and the pop finale (Happy night).

Based on the autobiography by police detective Roger Borniche, Flic Story tells the story of the chase of France's public enemy number one, Émile Buisson (Jean-Louis Trintignant) by inspector Borniche (Alain Delon) in the 1950s. Claude Bolling composed a very short score based on themes with popular tones of an accordion (played by Roland Romanelli). For the first time, you can hear the unused suspenseful Buisson's theme composed by Claude Bolling.

This present edition has been fully remastered from the session tapes by Claudio Fuiano and includes an 8-page booklet with liner notes by Gilles Loison, discussing the films and the scores. 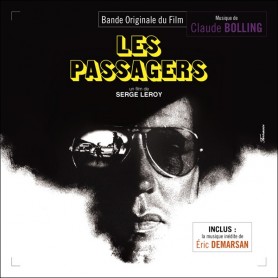 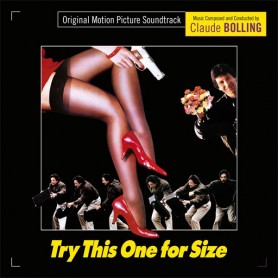