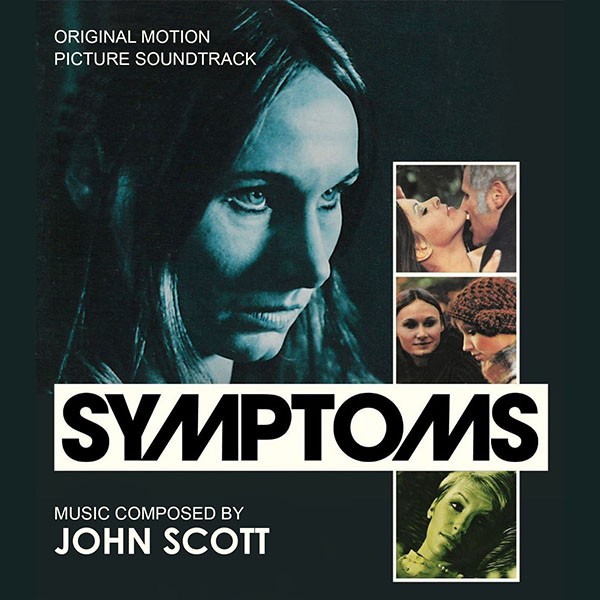 Released in 1974, SYMPTOMS tells the story of Anne, a young writer (Heilbron) who is invited by her friend, Helen (Pleasence), to come visit in her large English country mansion. But the estate – and the increasingly unhinged Anne – turn out not to be what they seem. The stay is complicated by the recent disappearance of a mutual friend, Cora (Mailleux), Helen’s jealousy over Anne’s attraction to her ex-boyfriend John (O’Neil), and the gruff nature of the estate’s handyman, Brady (Vaughan).

The unsettling tone, prompted by the film’s atmosphere of quiet agitation and growing unease, is commendably supported by a provocative orchestral score by John Scott. Due to a severely limited budget, Scott created a potent and restless score using just ten musicians in total – flute, clarinet, piano, string quintet, harp, and a soprano voice.

For nearly sixty years, John Scott has established himself as one of the finest composers working in films today, having collaborated with the foremost producers and directors worldwide, including Richard Donner, Mark Damon, Hugh Hudson, Norman Jewison, Irvin Kershner, Daniel Petrie, Roger Spottiswoode and Charlton Heston, among others. He has been an essential voice in international scoring that thoroughly belies his occasional over-looked stature in the midst of 'brand name' composers. Frequently associated with Hollywood's finest composers, including Jerry Goldsmith, Elmer Bernstein and John Williams, John Scott has created a body of work that stands up as some of the finest music ever written for film. In addition to his orchestral and electronic film scores, Scott also maintained a long-running association with the French explorer Jacques Cousteau, composing music for more than a dozen TV documentary series from 1976 through 1994.

SYMPTOMS is a limited edition of 500 units. 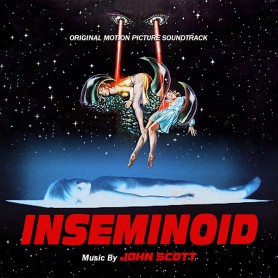 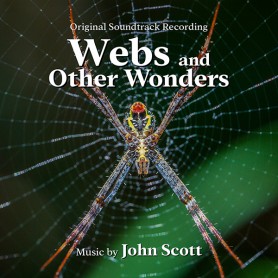 WEBS AND OTHER WONDERS