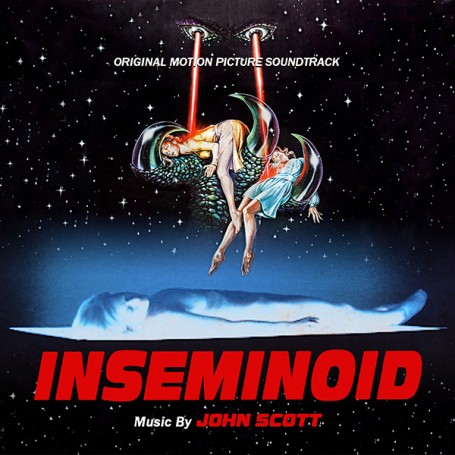 INSEMINOID tells the story of a crew of interplanetary archaeologists who are threatened when an alien creature impregnates one of their members (Geeson), causing her to develop a psychosis and mutilate her colleagues one by one. INSEMINOID was directed by British filmmaker Norman J. Warren, known primarily for a series of late ‘70s-’80s horror films, including SATAN’S SLAVE, PREY, BLOODY NEW YEAR and the like and produced by Richard Gordon known for a variety of films but specializing in horror movies such as THE HAUNTED STRANGLER, FIEND WITHOUT A FACE, CORRIDORS OF BLOOD, and DEVIL DOLL. Warren shot the film during May and June 1980, with a £1 million budget, half of which was financed by Hong Kong’s Shaw Brothers (their first investment in a British film).

To compose the film’s score, Warren brought in distinguished orchestral composer John Scott, who by 1981 had composed wide-ranging scores for some 86 films and television series, beginning with James Hill’s 1965 Sherlock Holmes mystery, A STUDY IN TERROR. Scott’s efforts in the genre have included films such as Freddie Francis’ TROG, the West German thriller MARK OF THE DEVIL PART II, Kevin Connor’s THE PEOPLE THAT TIME FORGOT, and the magnificent score for 1980’s time-travel film, THE FINAL COUNTDOWN (along with GREYSTOKE, KING KONG LIVES, THE WICKER TREE amongst the 70 scores subsequent to INSEMINOID). Warren and Scott had worked together previously on his film, SATAN’S SLAVE.

When it came to their next collaboration, INSEMINOID, using even a small orchestra was beyond the budget; leaving electronics as the only viable means. In the process, Scott made use of synthesized rock-and-roll elements (low basso structures, electronic drums, and in particular a recurring, 8-note motif shared between electric guitar and synths, most notably in the main titles and end credits, mixed over a variegated abundance of synthetic substances. As the mixing of the electronic score took shape, enhanced by many hours of multi-tracking and overdubbing, Scott was aided in recording the score by the Pinewood Studios music mixer Otto Snel.

For nearly sixty years, John Scott has established himself as one of the finest composers working in films today, having collaborated with the foremost producers and directors worldwide, including Richard Donner, Mark Damon, Hugh Hudson, Norman Jewison, Irvin Kershner, Daniel Petrie, Roger Spottiswoode and Charlton Heston, among others. He has been an essential voice in international scoring that thoroughly belies his occasional over-looked stature in the midst of 'brand name' composers. Frequently associated with Hollywood's finest composers, including Jerry Goldsmith, Elmer Bernstein and John Williams, John Scott has created a body of work that stands up as some of the finest music ever written for film. 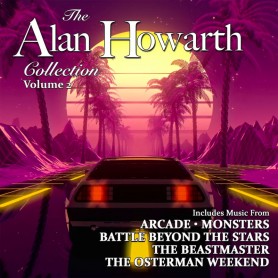