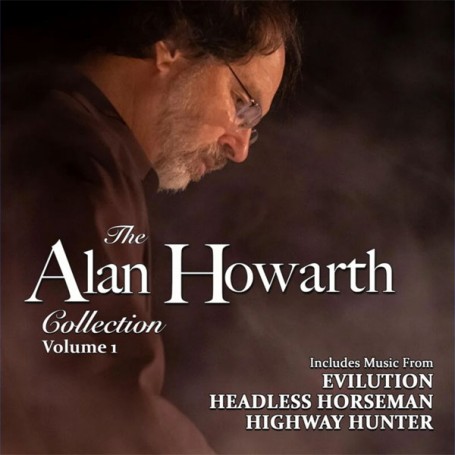 Released in 2008, EVILUTION details what happens when an infectious bio weapon developed by the military gets loose and begins infecting people, turning them into vicious killers. The first of two feature films that Chris Conlee would direct (the bulk of Conlee’s film work would be as an assistant or supervising editor), EVILUTION starred Eric Peter-Kaiser, who also co-produced the film with his Canadian production company. To represent the infectious bio material, Howarth created a menacing texture, drawn from the style of Polish composer Krzysztof Penderecki. In contrast, the other elements of the scores include guitar and the composer considers it more of a rock score than an orchestral score.

Released in 2007, HEADLESS HORSEMAN tells the story of seven college kids who take a shortcut on their way to a party and find themselves in the town of Wormwood, where a ghostly headless horseman has taken up seasonal residence and begins to hunt them down one by one. HEADLESS HORSEMAN is one of several films directed by Anthony C. Ferrante that Howarth has scored (others included 2005’s BOO, and 2013’s HANSEL & GRETEL along with some early short films). Filmed in Romania, the movie was written by Ferrante and Zachary Weintraub, based on the 1820 short story by Washington Irving. The score was created with a hybrid synth/digital orchestra and anticipates the approach the composer would use in his next collaboration with Ferrante, 2013’s ZOMBIE NIGHT.

In 2009, Howarth was hired to score a horror film, which was ostensibly based on a true story. The film starred scream queen Danielle Harris, Doug Jones, and Lance Henriksen. After initial discussions about the score for the film, the director returned to Chicago to complete post-production there while Howarth composed, recorded, and mixed his score in Los Angeles. The director opted to go in a different direction with the music and the final score in this collection remains unheard and was never used. The composer refers to this score as HIGHWAY HUNTER. The film is a backwoods horror show filmed in a rural Michigan. Howarth’s score fit the setting with lots of slide and blues guitar work, both sampled and played by the composer. Howarth associates the serial killer with a repeating blues riff, around which he peppers a variety of synths and sampled orchestral accoutrements.

Alan Howarth, in addition to being a composer, is an accomplished sound designer and editor, having worked on films such as STAR TREK: THE MOTION PICTURE, POLTERGEIST, TOTAL RECALL, ARMY OF DARKNESS, BRAM STOKER’S DRACULA, STARGATE and many others. He has been a frequent music collaborator with John Carpenter on his films beginning with ESCAPE FROM NEW YORK in 1980 and including HALLOWEEN II & III, CHRISTINE, BIG TROUBLE IN LITTLE CHINA, THEY LIVE and PRINCE OF DARKNESS and Alan has scored many films on his own, including RETRIBUTION, HALLOWEEN 4 & 5, THE DENTIST, HEADLESS, BOO!, BASEMENT JACK and most recently, HOUSE AT THE END OF THE DRIVE, BRUTAL and PROMISE. 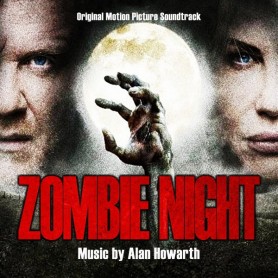