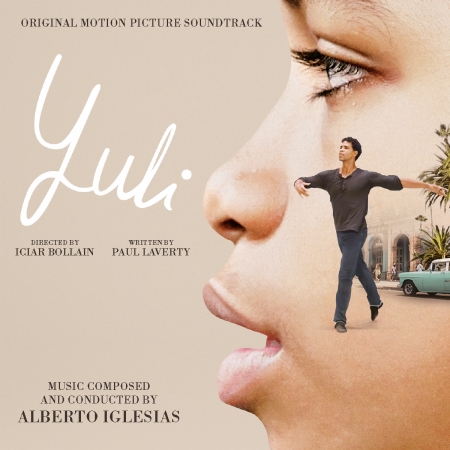 Quartet Records presents the new film score by prestigious Academy-award nominee composer Alberto Iglesias (The Constant Gardener, Tinker Tailor Soldier Spy, Julieta, La cordillera) for Iciar Bolllain’s biopic about the famous Cuban dancer Carlos Acosta. Written by Paul Laverty, based on the Acosta biography “No Way Home,” it’s about a legend in the dance world—the first black dancer to perform some of the most famous ballet roles (he was the first black “Romeo” at the Royal Ballet of London, for example).

Iglesias and Bollain had previously worked on two other socially engaged films: Take My Eyes and Even the Rain. For Yuli, Alberto Iglesias has written one of his most beautiful and delicate scores, including long pieces for the film’s choreographic scenes (Iglesias is not a stranger to dance music, as he composed four successful ballets for the National Company of Dance in Spain during the nineties). He provides an emotional, moving score with echoes of Impressionism, vigorously performed with thick orchestral colors.

Recorded at Air Studios Lyndhurst Hall in London, conducted by the composer, with the participation of Ricardo Bini as piano soloist.