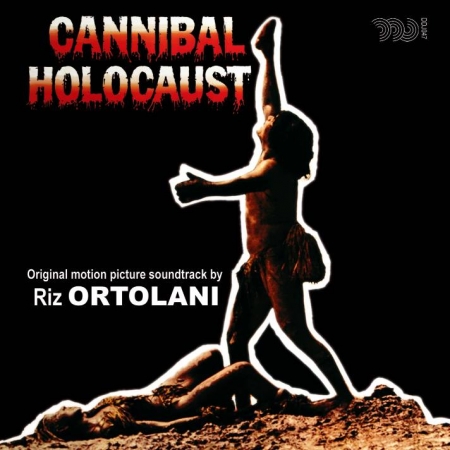 Almost 40 years after its theatrical debut, Beat Records is proud to present—for the first time on CD—the complete original motion picture soundtrack to one of the most controversial Italian genre movies of all time: CANNIBAL HOLOCAUST, directed by Ruggero Deodato and featuring a beautiful score by Riz Ortolani. Considered the founder of the ''Found Footage'' subgenre, Cannibal Holocaust follows the research by some adventurous filmmakers who disappear in the Amazonian ''Green Inferno'' while searching for another group of explorers who'd also recently gone missing. The discovery of the missing filmmakers' footage unveils the atrocities that took place in the forest as well as the moral poverty of the protagonists from the ''civil'' world who become the real villains of the story.

The music of this absolute cult classic, composed by one of the greatest Italian musicians of all time—Riz Ortolani—is among his fans' favorites. Long out of print and available only in its original album presentation, the complete score is finally here, a wonderful contrast to the images for which it was composed, one of the most disquieting musical experiments ever created for scenes with such violence.