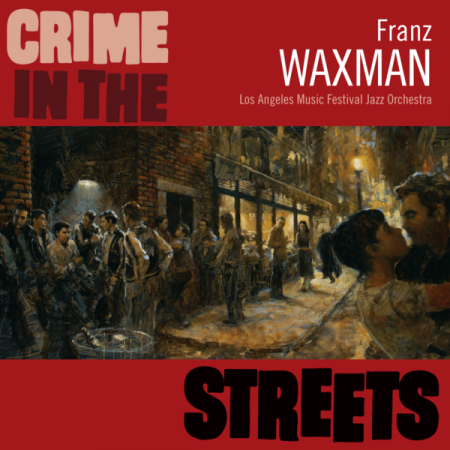 CRIME IN THE STREETS

The film is a cult classic from 1956. The New York City Hornets and Dukes youth gangs confront each other in the portside warehouse district for a rumble. The Dukes flee after a brutal beating, and the Hornets take the one remaining Dukes member to an alley in their own neighborhood. The boy is beaten further until Lenny Daniels, one of the gang members, threatens him with a zip gun before letting him go. Later, the Hornets' leader, Frankie Dane, vows revenge against his neighbor, McAllister, who witnessed the fight and informed a policeman, resulting in Lenny's arrest.

Don Siegal (Dirty Harry) directed a cast that included John Cassavetes, Sal Mineo, James Whitmore and Mark Rydell. The film has a great reputation among those who have seen it but since it has never been released on either VHS or DVD, very few have. The score, on the other hand, is hugely famous, entirely due to the original album that was released on Decca featuring Franz Waxman and the Los Angeles Music Festival Jazz Orchestra. Waxman’s Three Sketches, along with Theme, Variations and Fugato are also included here, making this one of our most historic releases of the year!