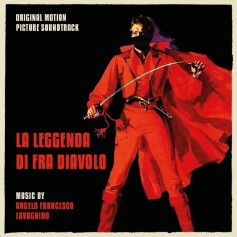 During the end of the 18th century Fra Diavolo had been a famous Neapolitan guerrilla leader who resisted the French occupation of Naples and together with his ruthless gang of bandits fought for the Bourbon Kingdom. His name received legendary status during the 19th century so that he became the subject of an opera by Daniel Auber, of some novels by Alexandre Dumas and in the 20th century also of several movies.
This rare 1962 costume epic follows Fra Diavolo´s heroic deeds from his first irregular raids on the French invaders in the hills and mountains of the Kingdom of Naples to his official recruitment by the exiled King Ferdinand and ends with his public hanging when he gets finally captured by the Napoleonic troops in 1806. Besides all those battles he has to fight Fra Diavolo is also involved in two love affairs: One with a Neapolitan Countess (Claudia Mori) with whom he has a child and one with the impetuous Fiamma (Haya Harareet) who originally belongs to the bandit gang of his partner Nardone and who will later on become his wife.

Lavagnino had already tackled the theme of historical brigandage in I BRIGANTI ITALIANI (also available on Alhambra Records) one year before in 1961, but this picture took place more than 60 years later. And even though there may be a few similarities in the approach of the dramatic battle scenes, the FRA DIAVOLO music stands fully on its own as a lavish symphonic work full of fresh and strong themes with splendid instrumentations. The Main Title immediately presents the rousing and heroic main theme for full orchestra and male choir accompanied by a galloping rhythm of the snare drums which is a truly fitting march for the Robin Hood-like figure of Fra Diavolo and his indefatigable struggle for freedom and which will recur throughout the score in many variations. For the two women whose characters are so different and who are both in love with Fra Diavolo Lavagnino has composed quite a lot of glowing romantic music which is a pure delight to listen to. Fiamma´s theme is soaring and upwards-stirring whereas the one for the Countess  is more tender and introverted and most often has a mournful quality.
Besides all these lovely romantic tracks our CD also offers some propulsive action music for the battle scenes as well as some folk music track like for example a lively Neapolitan tarantella dance.
We hope that many listeners will enjoy this sumptuous swashbuckling score by one of the masters of this genre.

This exciting CD project – the 12th CD in our Lavagnino series – has only been possible thanks to the generous support of the three daughters of the composer – Bianca, Iudica and Alessandra Lavagnino -, who still had open reel tape copies of the original mono master tapes in their personal archive which we were allowed to use. Our CD edition which contains a 12-page booklet with extensive liner notes and colour stills from the movie will be limited to 350 copies. 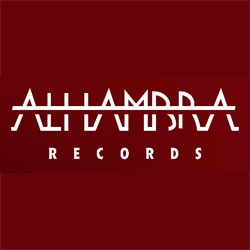 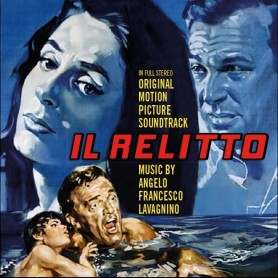