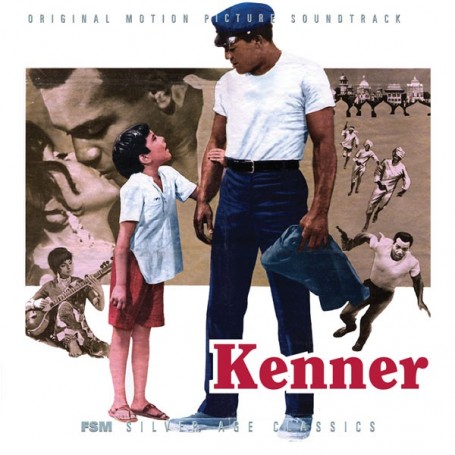 KENNER / MORE THAN A MIRACLE

This 3CD set introduces one of the most distinguished Italian film composers to the Film Score Monthly catalog. Although Piero Piccioni (1921-2004) worked primarily on Italian-made films, the two scores presented here are for films with strong Hollywood connections. Like Lalo Schifrin, Piccioni successfully combined his proclivities for jazz with solid symphonic writing in films of many diverse genres.
Kenner (1969) stars Jim Brown as an American expatriate in Bombay, seeking retribution for the death of a friend at the hands of a ruthless international smuggler. A mix of action-packed adventure, love story, and social commentary, the film stretched boundaries in the late ‘60s.

More Than a Miracle (1967) is a fantasy-fable (with Cinderella-like elements) featuring some of the strongest star power then on the screen: Sophia Loren and Omar Sharif. Set in Renaissance Italy, the film pairs a handsome Spanish prince with a feisty Italian peasant girl in a tale that involves the traditional fairy tale quest, witches, curses and even a flying, miracle-working monk, all under the eye of famed Italian director, Francesco Rosi.

Piccioni’s delightful, evocative score leaves no (musical) stone unturned in delineating the diverse strands of the film. His theme for the prince is as masculine and charismatic as the character himself, while the exquisitely beautiful love theme (which doubles as a popular song in the “Overture”) is a delight in the best tradition of Henry Mancini. There are also evocative themes for the saintly flying monk, the witches, the Spanish soldiers and all the pomp and shenanigans of the royal household.

FSM’s comprehensive production of More Than a Miracle includes the original MGM LP album, the complete score as heard in the film, and nearly an hour’s worth of alternate and unused cues—all lovingly restored by producer Claudio Fuiano from the original stereo recordings made in Rome. Kenner is also presented complete and in stereo, with alternates included in a bonus section. The 28-page booklet, designed by Joe Sikoryak, features track lists, film stills, composer portraits, publicity art work and a message from the set’s producer, as well as a perceptive essay on Piccioni and his work by John Bender. An online track-by-track analysis of both scores is available here—absolutely free.

Piero Piccioni was an extraordinary and unique film music voice. With over 80 CDs of his music already available, FSM is pleased to add his name to its growing roster of unforgettable film composers

Song: “More Than a Miracle” by Piero Piccioni, Larry Kusik and Eddie Snyder (Performed by Roger Williams, His Chorus and Orchestra)