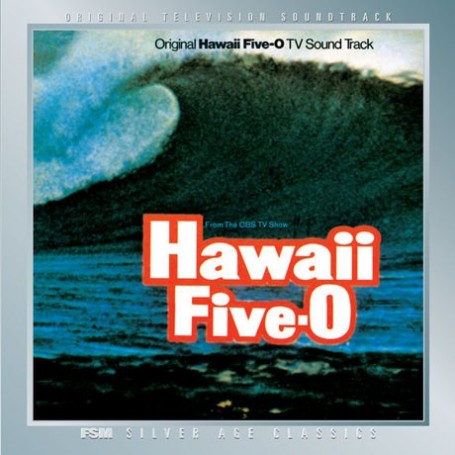 Certain television themes have become such a part of America’s collective memory that virtually every generation recognizes them. Iconic themes like Dragnet, Mission: Impossible and even Jeopardy demonstrate the power of one unforgettable tune (or even a single phrase) to evoke an entire pop culture phenomenon.
Morton Stevens’s theme from Hawaii Five-0 certainly belongs to this elite group of TV music legends. It makes a triumphant return to the airwaves with the series’ rebirth on CBS in September, 2010, and FSM is celebrating the occasion with the first-ever CD release of Capitol Records’ soundtrack LP for the original series.

Unlike many TV albums of the 1960s which involved new arrangements and re-recordings of series themes, the Hawaii Five-0 album was drawn from the actual TV recording sessions. Working with his friend and album producer Mel Taylor, Stevens chose to include a balance of both dramatic underscore and more radio-friendly jazz and rock material from the series. The album thus gives a more complete picture of the musical versatility that Stevens—trained at Julliard but also very experienced in popular music—brought to the show.

Once again, FSM is privileged to have authoritative liner notes by noted television music historian Jon Burlingame, incorporating insightful comments from both the composer himself as well as his colleague, Bruce Broughton—all in an eye-pleasing booklet designed by Joe Sikoryak.

Sourced from the original ¼”, two-track stereo masters in the EMI vaults, this CD offers the complete LP program in the best possible sound. Because of the short length typical of LPs of the period, FSM is offering this television classic at a budget price—a piece of history has never been so affordable! To paraphrase: “Buy ‘em, Danno!”

Music From the TV Soundtrack