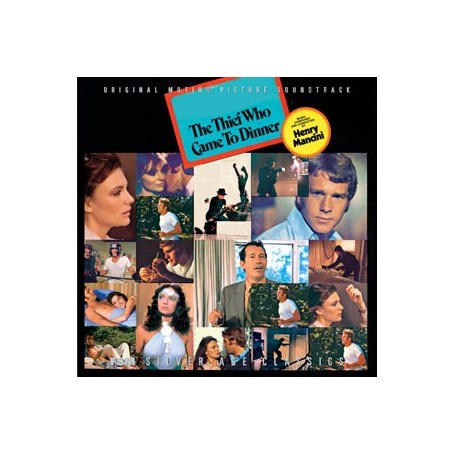 Few of Henry Mancini’s classic 1960s and ’70s scores are available in their original soundtrack recordings, as the composer typically re-recorded his scores for RCA Victor (concentrating on source cues and pop arrangements of themes). An exception was The Thief Who Came to Dinner (1973), released by Warner Bros. Records in its original film performance, and presented by FSM on CD in complete form.

The Thief Who Came to Dinner was a light comedy/suspense/caper film—exactly the sort of project that Mancini often scored for Blake Edwards. Mancini’s friend Bud Yorkin directed and produced Thief from a screenplay by Walter Hill (adapting a novel by Terrence Lore Smith). The film stars Ryan O’Neal as a charming, self-made cat burglar who takes to robbing wealthy Houston mansions almost for the fun of it; along the way, he falls in love with a beautiful socialite (Jacqueline Bisset) and outsmarts a well-intentioned insurance investigator (Warren Oates).

Mancini’s delightful, groove-driven score updates the composer’s classic light suspense/comedy sound from the 1960s (The Pink Panther, A Shot in the Dark, Arabesque) for the “mod” era of the early ’70s, with electric keyboards and Fender bass adding a pulsating, modern component and “cool” moods to his flawless big band brass and suspenseful strings. It has often been said that Mancini packed more melody into his bass lines than the typical composer did in an entire score; The Thief Who Came to Dinner is a perfect case in point, hooking the listener from the opening conga riff and maintaining interest as a masterful and enjoyable romp. In addition to the dynamic “heist” music (which grows out of the main theme) the score features a soothing love theme for Bisset’s character, catchy source cues and dynamic one-off Mancini score creations like the boogie-woogie “Tail Gate.”

This premiere CD of The Thief Who Came to Dinner features the Warner Bros. Records program followed by the rest of the score—previously unreleased score and source cues. Two early demos of the main themes are included as well. The entire recording has been newly mixed from the original 2” 16-track masters engineered by Dan Wallin on the Warner Bros. scoring stage (then known as the Burbank Studios scoring stage). The album is designed so that the tracks can be programmed in film sequence if so desired. New liner notes are by Scott Bettencourt and Lukas Kendall, giving FSM’s customary detailed information as to the production and the recording. 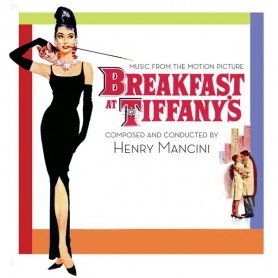 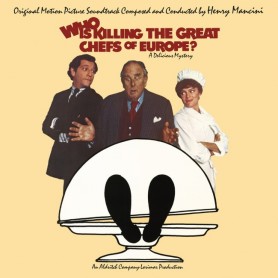 WHO IS KILLING THE GREAT CHEFS OF EUROPE?