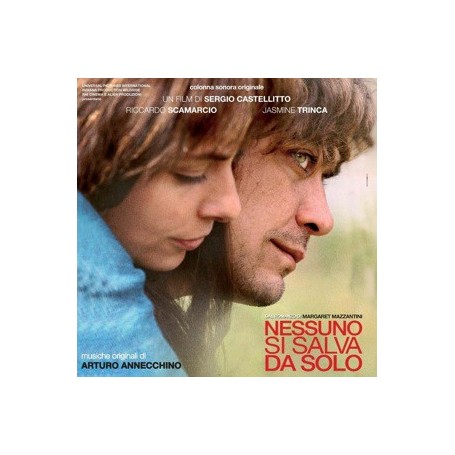 Nessuno Si Salva Da Solo (Eng. Translation: Nobody can save himself on his own)
is the title of the new drama movie by director Sergio Castellitto and it will be in theaters on March 5, 2015. The cast includes Riccardo Scamarcio, Jasmine Trinca, Anna Galiena, Marina Rocco, Massimo Bonetti, Massimo Ciavarro Renato Marchetti, Valentina Cenni and Eliana Miglio.

Delia and Gaetano (Gae) are married and have two sons, Cosmo and Nico. Recently the couple separated from each other, she kept the house with the children and he went to live in a residence hotel. Delia, who is suffering from anorexia, is a biologist nutritionist, Gaetano is a writer of television programs.
Delia and Gae meet for dinner at a restaurant, apparently for discussing the organization of the holidays of their children ... but the meeting helps the two protagonists to make a journey into their love story and discover the reasons for its end.
At the end of the dinner Delia and Gaetano are approached by Vito and Lea, an elderly, smiling, bizarre couple, that despite their age are still in love ... Vito watched them for a long time during dinner and it has perceived the problems. Vito tells them to be a cancer patient and asks Delia and Gae to pray for him, because he says: "No one is saved on his own".