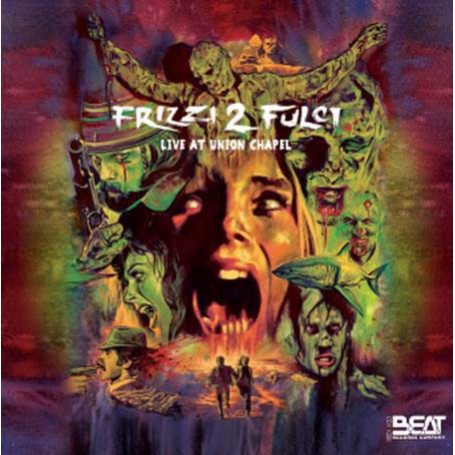 An album that takes a picture of the arrival on the stage, after so many years, of a repertory beloved by many fans around the world. With his cinema, Fulci inspired this music, written and created to narrate his stories, his characters. Frizzi 2 Fulci was the tribute I owed him, together with my gratitude.
Fabio Frizzi

On October 31, 2013, the Frizzi 2 Fulci show premiered in London at one of the city’s live music meccas: Union Chapel. On the stage, the Maestro conducted the F2F band and the Alauda Quartet, and in the church, more than 1000 people attended the sold-out event while people outside desperately looked for a ticket. It’s a snapshot of a memorable evening of great music and cinema in front of an hallucinating and hallucinated crowd made of spectacular phantoms, skeletons, zombies, witches, golems, vampires and a plethora of assassins and victims: a magical moment possible only in the most haunted land of all time: England.

But, there is a “but”… Everything was filmed and recorded with extreme precision, and now, finally, one year later, we announce what everybody has been waiting for: a live recording of an epochal concert, and such an event deserved our maximum efforts.

We are proud to present this double-CD release featuring the maestro’s amazing music dedicated to Italian horror cinema, not to mention some tasty digressions and righteous tributes whose common denominator is the music created by him for the films of the great director Lucio Fulci.

You will enjoy more than 80 minutes of music, a 16-page booklet full of photos of the event, memorabilia and a track-by-track analysis by Maestro Frizzi. As a tribute both to the event location and to the quality of this production, Beat Records remastered the program at the mythical Abbey Road Studios in London.

It’s an album that will allow you to experience the final standing ovation of an awesome and improbable Halloween crowd through your personal high-fi, disturbing presences pouring from its woofers…
Daniele De Gemini

From the original soundtrack: SETTE NOTE IN NERO
8. Sette note in nero 6:48

From the original soundtrack: BEWARE OF DARKNESS
2. Rusty Games 2:14

From the original soundtrack: THE WEEPING WOMAN
3. The weeping woman 3:12

From the original soundtrack: AMARCORD
6. Amarcord 4:34 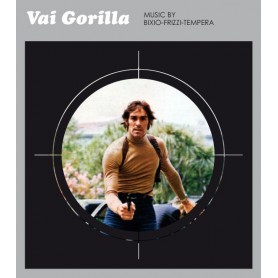