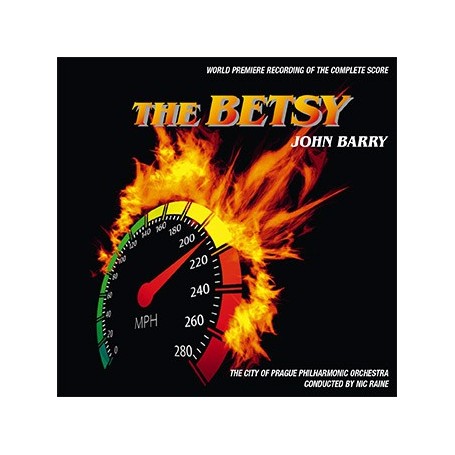 The Complete Dramatic Score from the 1978 film set in Africa starring LAURENCE OLIVIER, ROBERT DUVALL, KATHERINE ROSS, TOMMY LEE JONES, JANE ALEXANDER and LESLEY ANNE DOWN
Newly Recorded in Stunning and Dynamic Digital Sound
Performed by the Acclaimed and Award-Winning 75-piece City of Prague Philharmonic Orchestra, Conducted by Nic Raine
Produced by James Fitzpatrick for Prometheus Records
New Score & Orchestration Reconstructed by Nic Raine ….who was principal orchestrator to John Barry on numerous films and albums
Informative Sleeve Notes by Frank K. DeWald
One of John Barry’s most romantic and heartfelt scores
After recording Mister Moses, an early score from John Barry, in the same series of sessions we tackled a more mature offering from the composer, The Betsy. This is very much Barry in his more subdued and romantic mode … although there are a few touches of his “Bond” style in the more violent passages. Romance is certainly to the fore in his beautiful main theme – a waltz which, in its many variations and repetitions, displays Barry’s elegance, sophistication and assured dramatic instinct. But it is the subtle scoring of scenes of incest and sexual intent that shows the composer at his most sensitive – especially the tortured solos for violin and cello, played here with so much feeling by Lucie Svehlova and Marek Elznic. After the rhythmic intensity of the earlier score it was quite a leap for the musicians to be expressive while also displaying the great restraint the music demanded. 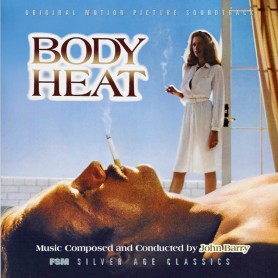 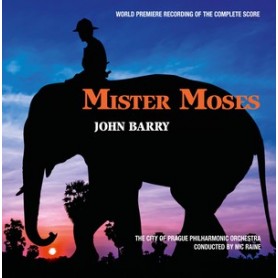