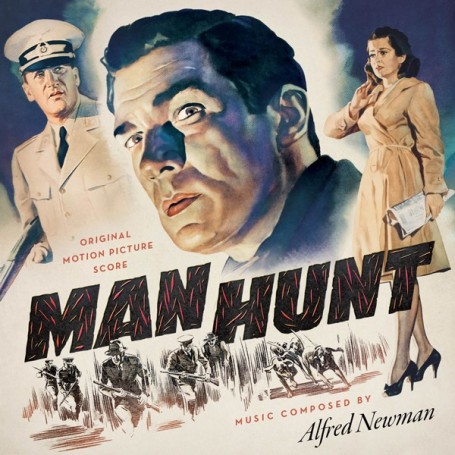 La-La Land Records, 20th Century Fox and Fox Music are proud to announce the arrival of one of Alfred Newman’s finest scores – MANHUNT, the 1941 thriller directed by Fritz Lang and starring Walter Pidgeon, Joan Bennett and George Sanders. As with all his scores, Manhunt is filled with glorious old fashioned themes that could only be found in the Golden Age of Hollywood. Album producers Nick Redman and Mike Matessino lovingly restored this great score from the original elements stored in the Fox vaults. In depth liner notes by Julie Kirgo take the listener behind enemy lines with tales of the controversial movie (about the attempted assassination of Adolph Hitler while he was still in power and before America’s involvement in WWII) and Newman’s majestic score. The sumptuous, unique 1940’s magazine design by art director Jim Titus is one of his finest packages to date!