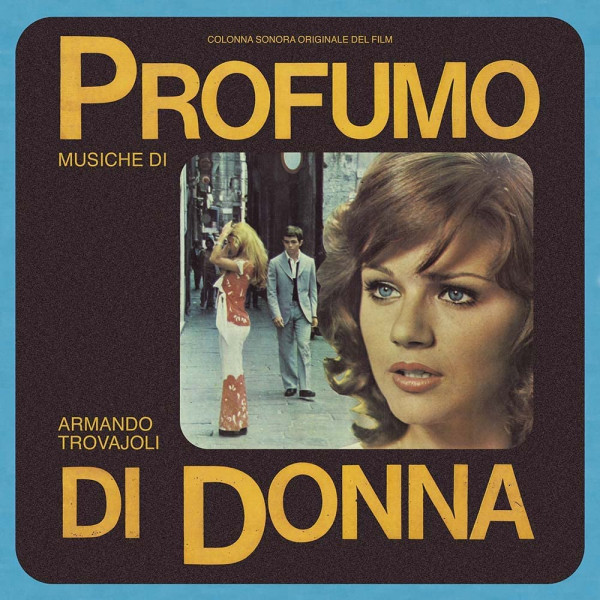 Introducing the second release from our Heritage Series, “Profumo di Donna” (aka “Scent of a Woman”) is one of Armando Trovajoli’s powerhouses, score to the timeless film by Dino Risi first showcased at the 1975 Cannes FIlm Festival, where leading character Vittorio Gassman was crowned with the Best Actor Award for his colossal and intense performance.

The soundtrack composed by Trovajoli is a masterpiece of dramatic music writing, capable of combining his great passion for jazz with the necessity for a distinctive melancholic and touching theme splendidly arranged for a big orchestra. However, the score also offers the Maestro’s forays into disco, with tracks rich in strings and groove that could well belong to a Barry White’s album.

The icing on the cake, though, is the hit song “Che Vuole Questa Musica Stasera”, an exquisitely charming, moving, and decadent ballad interpreted by Peppino Gagliardi and also included by Guy Ritchie in his film “The Man From U.N.C.L.E.” (2015), in “Lo Spietato” (aka “The Ruthless”) (2019) by Renato de Maria, and in “Welcome Home” (2018) by George Ratliff.

The album, fully remastered from the original master tapes from the CAM Sugar archive, will be available on 180gr LP featuring one track previously unreleased on vinyl and on CD boasting 7 extra unreleased cuts.

20. In The Dark - Versione Alternativa