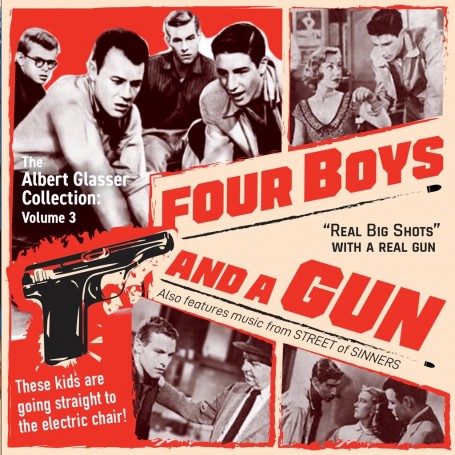 Dragon’s Domain Records presents THE ALBERT GLASSER COLLECTION Volume 3, featuring the premiere releases of Albert Glasser’s music for FOUR BOYS AND A GUN and STREET OF SINNERS. The two films in this third collection of 1950s classic Albert Glasser scores from Dragon’s Domain Records are essentially juvenile delinquent crime films from 1957, and were released by United Artists. Both films were directed by William Berke (1903–1958), a veteran director of nearly 100 films since 1934, including many Westerns and crime dramas, and a handful of television episodes during the early 1950s.

The years 1957-58 were Albert Glasser’s busiest as a film composer, having scored fifteen B-movies that saw release in 1957, and ten in 1958. The films included Glasser’s celebrated science fiction/monster films BEGINNING OF THE END, THE CYCLOPS, MONSTER FROM GREEN HELL, THE AMAZING COLOSSAL MAN in ’57, and GIANT FROM THE UNKNOWN, ATTACK OF THE PUPPET PEOPLE, WAR OF THE COLOSSAL BEAST, and THE SPIDER from the following year, as well as a slew of Westerns, adventure sagas, crime, and juvenile gang movies.

FOUR BOYS AND A GUN is based on a 1944 novel of the same name by Willard Wiener (1900-1982) who later wrote episodes of TV’s FOUR STAR PLAYHOUSE and the like in the 1950s. Leo Townsend and Philip Yordan wrote the screenplay. While the four “boys” – Ollie, Eddie, Johnny, and Stanley – are clearly young grown-ups, the juvenile delinquent genre tag fits the presentation of their characters. These four young friends, needing cash to pay off a bookie after Ollie spent the money impressing a girl instead, decide at Ollie’s direction to hold up a boxing arena in order to obtain the necessary cash to pay off the loan. When a cop is killed during the robbery, the four are quickly found and arrested, and the district attorney is brought in to determine which of the four boys fired the fatal shot. He leaves it to the four of them to identify the shooter, or else all four will go to the electric chair – and three of them don’t know which of them that was. Albert Glasser provides a powerful score using a jazz group of 20 players (4 trumpets, 4 trombones, 5 saxophones, piano, etc.) that perfectly fits the style of the film and the attitude of the period.

STREET OF SINNERS is based on a story by Philip Yordan, with a screenplay written by John McPartland (THE WILD PARTY, NO DOWN PAYMENT, THE LOST MISSILE). It’s as hard-hitting a story as FOUR BOYS AND A GUN although it focuses on a rookie cop taking over the beat on a particularly unruly downtown street. Unlike his genial predecessor, the young new officer, strictly by-the-book, is unwilling to look the other way and let the young hoodlums hanging out on the street continue to get away with minor crimes. Veteran actor George Montgomery (who starred in Glasser’s HUK! in 1956) plays officer John Dean; with Geraldine Brooks as Terry, an alcoholic divorcee hoping to get a second chance at romance with the tall, handsome beat cop; and Marilee Earle as Nancy, one of the street’s tough girls who manages to reform herself through the influence of Officer Dean, ultimately serving as the film’s leading heroine. William Harrigan plays Gus, the retiring officer who tolerated much of what happens on “Nameless” Street but finds a chance for redemption later in the story. Nehemiah Persoff is Leon, the bar owner who runs crime on the street and becomes Dean’s leading adversary, and Stephen Joyce plays Ricky, the unhappy ex-soldier who fancies himself as Nancy’s guy until he jumps at the opportunity to become Leon’s “muscle.” Another veteran actor getting his first feature film role here is Clifford Davis, whose star took off on television in the 1970s and in films during the 1980s and beyond (BILL & TED’S EXCELLENT ADVENTURE, THE EXORCIST III, SIGNS, KINSEY). He plays Tommy, Leon’s brother and one of the toughs hanging out on Nameless Street. Glasser’s score, like that of FOUR BOYS AND A GUN, is heavily styled in jazz, but with more of a dramatic punch and a touch of noir intonations than was found in the previous movie. With few exceptions, the film’s music is music of the street – the wild, the brash, the lifestyle of the hustlers and the wannabees; Glasser’s occasional interludes are reserved for a handful of specific dramatic or emotional moments.

THE ALBERT GLASSER COLLECTION Volume 3 is a limited edition release of 500 units. 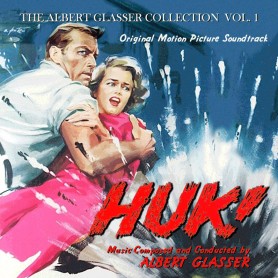 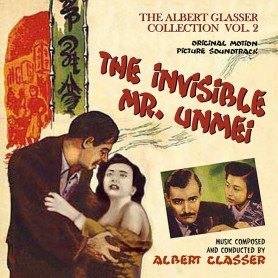 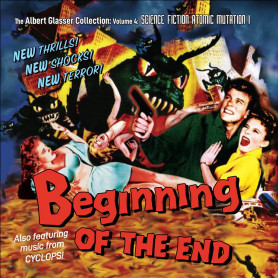