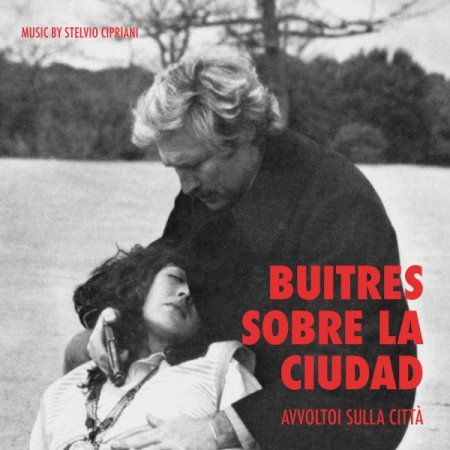 Avvoltoi sulla città – known in Spain and Latin America as Buitres sobre la ciudad, and translated from the Italian as Vultures Over The City – is a kinetic 1981 crime thriller film starring Maurizio Merli as a journalist investigating local Mafia activities. When he gets too close to the gangsters responsible for a local assassination, he winds up paying a terrible price – but revenge will be his by the time the last bloody corpse crumples onto the ground.

This Spanish-Italian-Mexican co-production was filmed in Spain and directed by Gianni Siragusa, an Italian filmmaker known for rough and rugged action films, beginning with the 1976 Antonio Sabato euro-crime heist thriller (4 minuti per 4 miliardi/4 Billion In 4 Minutes); Avvoltoi sulla città was his second film; it was followed by the captive women exploiter Hell Behind Bars and its sequel, Hell Penitentiary (both 1984).  Italian tough guy star Maurizio Merli plays journalist Mark; he was launched into stardom in the 1970s because he resembled star Franco Nero, which led to his becoming one of the poliziotteschi genre’s most prominent actors, starring in almost a dozen of the distinctive Italian crime thrillers. Avvoltoi sulla città also features Mexican horror star Hugo Stiglitz as Spencieri’s photographer,  Lilli Carati as his girlfriend Isela, and American star Mel Ferrer in a small role as the local police commander.

Since he left the world of jazz, where he first found professional success, and became a film composer in 1967, Stelvio Cipriani has adroitly navigated the stylistic idiosyncrasies of the Western, the horror thriller, the war film, the romantic drama, and the police thriller through each genre’s distinct Italian interpretation. With Avvoltoi sulla città arriving quite late in poliziotteschi’s prime (it would, in fact, be the composer’s last film in the genre), Cipriani provided a thoroughly supportive score for Siragusa which bolsters the film’s wild action and lends an assertive tonality to hero and villains alike. Cipriani’s adeptness in arranging motifs is well evident in his score for Avvoltoi sulla città. The score is grounded in four recurrent themes, three of which are closely related in tone and style, and each is given a wide range of variations suited for different settings and situations, along with a handful of standalone cues for specific sequences unrelated to the developing thematic material.

Chris’ Soundtrack Corner is pleased to present Stelvio Cipriani’s complete score to AVVOLTOI SULLA CITTA' here on a soundtrack album for the first time. The music is presented in its original film sequence, with one or two exceptions which were made for optimum listening pleasure.