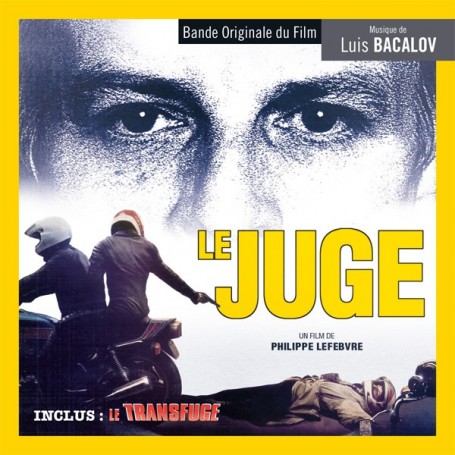 Based on the real-life assassination of a judge in Marseille in 1981, Le Juge tells the fictionalized story of François Muller played by Jacques Perrin (The Young Girls of Rochefort, Drummer-Crab, Nuovo cinema Paradiso), a determined magistrate who joins forces with a local police inspector Lucien Innocenti (Richard Bohringer). Leading a fearless investigation, they are intent on bringing down the kingpin of Marseille’s drug trade, Antoine Rocca (Daniel Duval).

Le Transfuge is the second Bacalov-Lefebvre collaboration. In this relatively unknown spy film, Bruno Cremer (Sautet's A Simple Story, Sorcerer, Ozon's Under the Sand) portrays the head of a company from Nièvre that does regular business with Communist East Germany and which the Secret Service has pressed into service, playing an active part in the escape to France of an East German agent (Heinz Bennent).

These two scores are presented for the first time in complete versions. This new CD release was digitally restored and mastered by Claudio Fuiano from the master tapes vaulted in EMI Italy. Le Juge features the same content as the original LP issued by General Music France in 1984 but containing some slightly expanded tracks. Two principal aesthetics are emphasized in this score: the classical style with a nervous and incisive writing and some melancholic jazz pieces depicting the relationship/collaboration between Judge Muller and Inspector Innocenti.
Never-before-released on any format, Le Transfuge is a lyrical and melancholic score featuring English horn, oboe and piano solos.