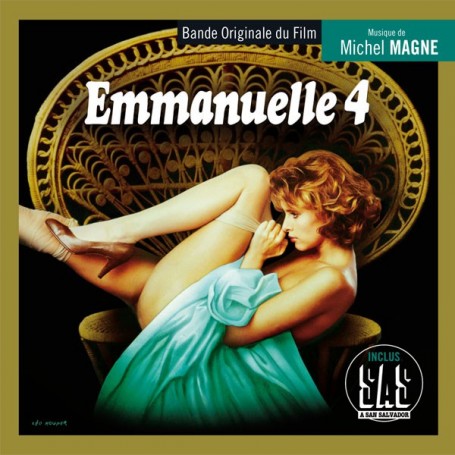 For the first time on CD.
69 minutes of music.
8-page CD booklet with French and English liner notes by Nicolas Magenham.

More than a classic of erotica, Emmanuelle directed by Just Jaeckin in 1974, made a strong social impact on the middle class of the mid-1970s and became a symbol of the sexual revolution. The film was a box-office success that spawned countless sequels and imitations, both for cinema and television, in which Emmanuelle 4, directed by Francis Leroi in 1984, came high on the list.

Music Box Records pays tribute to Michel Magne with two scores released for the first time on CD. Emmanuelle 4 is coupled with Raoul Coutard's S.A.S. à San Salvador (Terminate with Extreme Prejudice, 1982). The music is arranged by Sergio Renucci and based on the famous cult track Grand thème Malko for all the lovers of 80's funk music.