DIE MOMMIE DIE! (2003) is a romantic comedy/murder mystery written by and starring female impersonator Charles Busch. Created as a parody/homage to 1950s and ‘60s women’s melodramas, the film is lightly humorous with plenty of dark comedy as it tells the story of fallen pop diva Angela Arden, who schemes to murder her inattentive and berating husband Sol in order to be with her young gigolo lover Tony, only to have his daughter Edith and their son Lance interfere with her carefully wrought plans.

The film’s musical score is the work of Dennis McCarthy, best known for scoring more than 250 episodes of STAR TREK across four iterations after the original series, THE NEXT GENERATION, VOYAGER, DEEP SPACE NINE and ENTERPRISE. During the 1980’s through the 2000’s, McCarthy was among the most durable and dependable TV composers in the business. From his experience scoring romantic suspense TV movies, McCarthy immediately understood the kind of musical treatment this film needed. McCarthy’s music budget for this film accommodated an orchestra of some 30 instruments; to that group he added a 15-player rhythm section to handle unique flavors and beats as needed. While the orchestral ensemble creates the tension, drama, and mood of the story, the rhythm section defines the period and maintains the rhythm, color, and groove throughout the music cues. 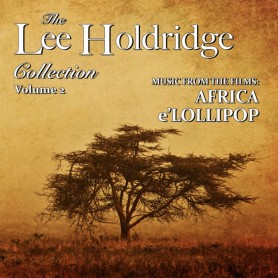