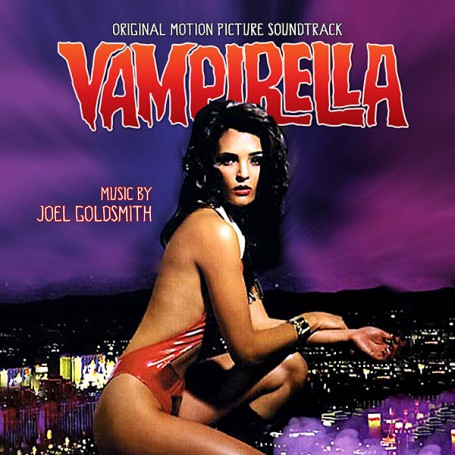 Vampirella was introduced to the world in September 1969 in the first issue of the comic magazine VAMPIRELLA from Warren Publishing, the creation of writer Forrest J Ackerman and artist Trina Robbins. She joined Warren’s successful sister magazines CREEPY and EERIE, and at the time the sensual Vampirella was featured as the hostess of each issue’s collection of horror stories, much like Uncle Creepy and Cousin Eerie were used in their own magazines. Vampirella was noted for her skimpy blood-red costume and sassy attitude. Beginning with issue #9, however, writer-editor Archie Goodwin elevated her from hostess to a headliner, starring in the featured story in each issue. Eventually a fictional history developed around the character. She came from a planet named Drakulon which was inhabited by vampires. After an Earth spaceship crashed on Drakulon, Vampirella discovered that Earth astronauts contained a hefty amount of blood in their veins. As that substance was growing sparse on her planet, Vampirella repaired and piloted the spacecraft back to Earth, and thus her adventures began. The popularity of Vampirella as a blood-sucking sex symbol whose style and substance left little to the imagination eventually reached the interest of filmmakers.

Noted for his variety of B-movies and exploitation films, Jim Wynorski had been making genre films since 1981. Many of his early films had been for Roger Corman, including his remake of 1959’s THE WASP WOMAN, which he completed late in 1995. After his action thriller DEMOLITION HIGH was released during the summer of 1996 by indie production studio CineTel Films, Wynorski joined Corman again to bring VAMPIRELLA to the screen. With a budget set at $1 million, the movie would be a joint production between CineTel, Corman’s Concorde Pictures, Showtime Networks, and international distributor Sunset Films. VAMPIRELLA was filmed in Las Vegas, where the city’s gaudy casinos like the MGM Grand and others made good substitutes for the futuristic landscape of Drakulon. The film debuted on SHOWTIME, whittled down from Wynorski’s final edit of 86-minutes to an abbreviated 82-minute run time; the full-length edition was later released on DVD in 2002.

Joel Goldsmith was hired to provide the music for VAMPIRELLA. Joel had scored Wynorski’s 1993 family film LITTLE MISS MILLIONS, and would later compose STEALTH FIGHTER, MILITIA, and LOST IN THE WOODS for the director. Son of renowned composer Jerry Goldsmith, Joel began scoring films in 1978, mostly using his array of electronic equipment and synthesizers, composing more than 70 films and television productions until his untimely death in 2012.

VAMPIRELLA is a limited edition of 500 units. 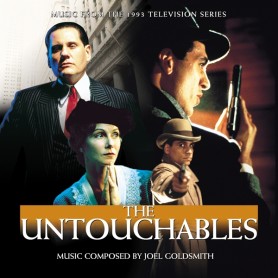