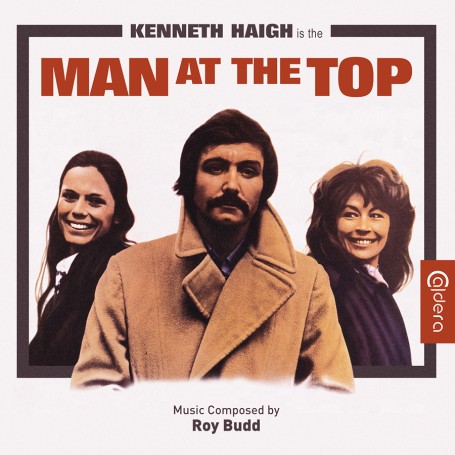 MAN AT THE TOP

Caldera Records is proud to present the original score for the motion picture “Man at the Top” from 1973, directed by Mike Vardy, featuring music by Roy Budd.
Writer John Braine established Joe Lampton as a ruthless force to be reckoned with when he published his novel “Room at the Top” in 1957. The film rights were snatched up immediately, and only two years later, Jack Clayton’s adaptation premiered in theaters. Following another outing in the cinema and a television series, Anglo-EMI, in collaboration with Hammer Films, decided to let Joe Lampton (now played by Kenneth Haigh) loose on the big screen once more. In 1973, “Man at the Top” premiered. Here, Joe Lampton is appointed Managing Director of ChemExport, a company overseen by Lord Ackerman, played by Harry Andrews. All is not well: six months later, it emerges that Lampton’s predecessor committed suicide. Slowly it becomes clear to Lampton that he might have been appointed to take the blame for a massive marketing blunder that could crush not only him but the whole company.
Kenneth Haigh was delighted when he heard that Roy Budd had been contracted to write the music for “Man at the Top” since the actor had admired Budd’s music for a long time, especially “Get Carter”. His score for “Man at the Top” is quite similar to his most beloved composition in that it is equally sparse. The composer devised a simple motif for the titular character which is introduced on a cimbalom and which recurs throughout the whole score. Apart from the Hungarian instrument, Budd employs strings, flute, piano, harp and percussion to create a tense atmosphere fitting for the film. His leitmotif is particularly clever since, in its coldness and restraint, it doesn’t try to make Joe Lampton likeable, and yet manages to underscore the more tender moments in the film with a slight tension that the images lack. Moreover, “Man at the Top” gave Budd the opportunity to provide two memorable jazz pieces as source cues for dinner parties.
The 37th CD-release of Caldera Records features a detailed booklet-text by Stephan Eicke and elegant artwork by Luis Miguel Rojas. The CD was produced by Stephan Eicke and John Elborg.