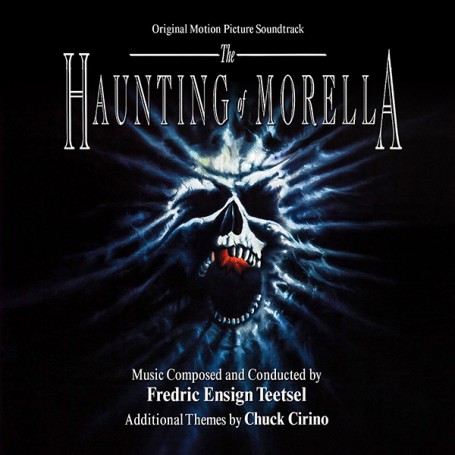 THE HAUNTING OF MORELLA

THE HAUNTING OF MORELLA is very loosely based on Edgar Allan Poe’s short story “Morella,” written in 1835 and revised in 1839. In Poe’s story, Morella is a woman who dies in childbirth but her spirit re-inhabits the body of her young daughter only to have the child die young, returning Morella’s spirit into death along with her. Corman filmed a short version of the story as part of his 1962 anthology film TALES OF TERROR. Scripted by Richard Matheson, this loosely adapted version of “Morella” gave the daughter a name: Lorena. THE HAUNTING OF MORELLA modified the story further, retaining the daughter’s name Lorena, but setting the story in the midst of Colonial America as Morella is crucified for witchcraft, leaving her infant daughter in the care of her widower. Resurrected through blood sacrifices offered by her daughter’s governess, Morella is able to take over Lorena’s body and use it to achieve a physical resurrection. THE HAUNTING OF MORELLA harkens back to Corman’s acclaimed Edgar Allan Poe films—THE FALL OF THE HOUSE OF USHER, THE PIT AND THE PENDULUM, THE TOMB OF LIGEIA, THE HAUNTED PALACE, and others from the 1960s.

Wynorski’s regular composer, Chuck Cirino, was not able to work on this film so Concorde hired a first-time film composer named Fredric Teetsel, who was able to provide MORELLA with a symphonic orchestral score. What became the film’s main theme was a simple melody of Cirino’s that Wynorski was especially fond of, and has insisted on using in several of his films. In addition to Cirino’s themes, Teetsel composed several themes or motifs of his own, but even these were rooted in Cirino’s thematic architecture. Teetsel’s connections as an arranger and composer for performing orchestras in Arizona, including the state’s major symphony orchestra, allowed the film to have a period-supporting orchestral score without exceeding its budget.

Fredric Teetsel was born and raised in Phoenix, Arizona, and has been involved with a number of orchestras there. A graduate of the Groves School of Music, Teetsel found work orchestrating and conducting; he was Composer in Residence for the Scottsdale Symphony Orchestra in Arizona from 1983-1986 and 1986-1989 found him an in-house composer producing commercial jingles for local television and radio. He moved back to Los Angeles in 1989 and began visiting movie studios in the hopes of becoming involved in film scoring. One of them was Corman’s Concorde Pictures and THE HAUNTING OF MORELLA would be his first film score. His ongoing relationship with four professional orchestras in Arizona has supplied him with opportunities for commissions for pop orchestra arrangements and original compositions.

Chuck Cirino has worked as a producer, director, filmmaker, videographer, animator, special effects technician, editor, and composer. He has scored films for Roger Corman, directed music videos for bands like Earth, Wind & Fire and The Dickies’ KILLER KLOWNS FROM OUTER SPACE, and has recorded over 40 music soundtracks for feature films including SORCERESS, HARD TO DIE, TRANSYLVANIA TWIST, and many others. Most recently, he has scored A DOGGONE CHRISTMAS, A DOGGONE HOLLYWOOD and A DOGGONE ADVENTURE. He executive produces and directs WEIRD TV, a television series featuring weird Americans, bizarre news, unbelievable events and outlandish skits. Chuck’s credits also include executive producer and director of the Sci Fi Channel projects, WORLDWIDE WEIRD and WARPED IN SPACE, and BABERELLAS, an independent Sci Fi feature distributed by Xenon Pictures.

Dragon’s Domain Records is excited to bring THE HAUNTING OF MORELLA to compact disc for the first time, mastered by James Nelson at Digital Outland with exclusive liner notes by author Randall Larson, with the participation of the composers.

THE HAUNTING OF MORELLA is a limited edition release of 500 units.