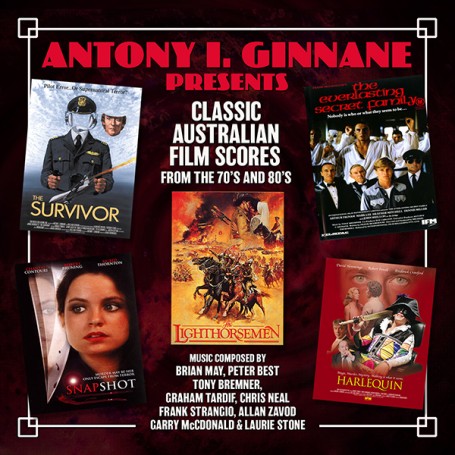 ANTONY I. GINNANE PRESENTS CLASSIC AUSTRALIAN FILM SCORES FROM THE 70'S AND 80'S

Dragon’s Domain Records presents the soundtrack release of Anthony I. Ginnane Presents CLASSIC AUSTRALIAN FILM SCORES FROM THE 70’S AND 80’S, featuring music from 14 films produced by Antony I. Ginnane between 1976 and 1988. In those 13 years, Ginnane made some of the most famous Australian films of that era.