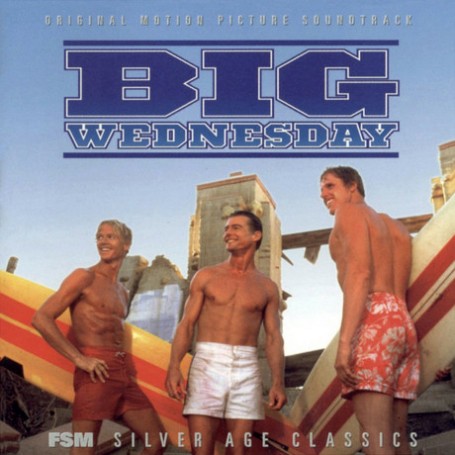 Big Wednesday (1978) was the first major film scored by Basil Poledouris and one of the few dramatic attempts to capture the surfing ethos on film. Based on writer/director John Milius' and co-writer Denny Aaberg's youth in Southern California, it has earned a well-deserved cult reputation. Jan-Michael Vincent, William Katt and Gary Busey play best friends whose carefree existence on the beach is tested by Vietnam and the responsibilities of adulthood; in the final sequence, the friends reunite for "Big Wednesday" itself, a once-a-generation convergence of wind and waves that provides their final challenge as surfers and as men.

Big Wednesday was a departure from the innocent beach movies of the 1960s, which relied upon rock and roll as their signature sound. Milius saw surfing as the final expansion of the American frontier and wanted the music to evoke timeless, mythical themes of friendship and accomplishment. He turned to his college friend (and fellow surfer) Basil Poledouris for a rich and emotional symphonic score -- launching Poledouris's Hollywood career and leading to subsequent collaborations Conan the Barbarian (1982), Red Dawn (1984), Farewell to the King (1989) and Flight of the Intruder (1991).

The Big Wednesday score features two main themes, both slightly Hawaiian in flavor: the main theme, for the mythic dimension of surfing; and the "three friends" theme, warmly evoking the bonds between the men. This latter music features the slack key guitar playing of Keola and Kapono Beamer, acclaimed Hawaiian musicians who later recorded music from Big Wednesday on one of their albums. The soundtrack ranges in scope from the simple folk performances of the Beamers to the rich and melodic strains of Poledouris's orchestra. The score climaxes with massive symphonic cues for the "Big Wednesday" surfing sequence—one of the "missing links" of symphonic scores that came in the wake of John Williams's Star Wars, and every bit as thrilling as music for outer space battles.

This premiere CD features the complete Big Wednesday underscore remixed from the original stereo multitracks, with a bonus section of alternate and source music. The booklet incorporates new interview material with Milius, Aaberg and Poledouris. It is, at last, the definitive presentation of one of the best symphonic scores of the 1970s. 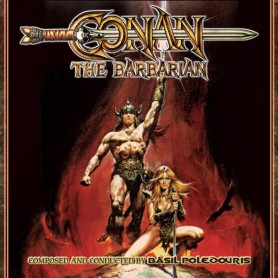