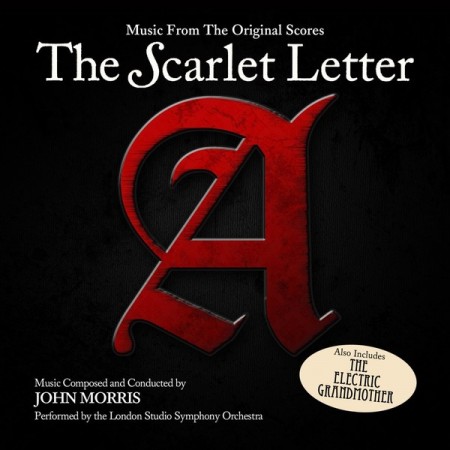 THE SCARLET LETTER / THE ELECTRIC GRANDMOTHER

THE SCARLET LETTER was a four part mini-series production of Nathaniel Hawthorne’s historical novel helmed by director/producer Rick Hauser. The production starred Meg Foster as Hester Prynne, John Heard as Reverend Dimmesdale, and Kevin Conway as Chillingworth. THE SCARLET LETTER tells the story of Hester Prynne, a Colonial Boston woman who had lived two hundred years earlier, and a scarlet piece of cloth elaborately embroidered with the letter ‘A’. In her husband’s absence, Hester takes a secret lover and has a child by him. Accused of adultery, Hester is imprisoned. Refusing to identify the father of the child, her shame and despair continue and her isolation grows as the townspeople see her as a symbol of sin in their pious community. Unknown to them, the father is Reverend Arthur Dimmesdale, who must grapple with his indecision over revealing himself and his indiscretions.

Airing on public television in 1979, this version of THE SCARLET LETTER was considered the most faithful adaptation of Hawthorne’s novel at the time. Extensive research and detailed production design also made this one of the most accurate filmic depictions of 17th Century colonial America. Hauser’s use of visual symbolism from the original text and the inclusion of the author as a narrator were highlights, and a lush orchestral score by John Morris gave the series a big budget feel. For THE SCARLET LETTER, Morris used the 76-piece London Studio Symphony Orchestra and recorded at the CTS Recording Studios in London over three days in January of 1979.

Airing in 1982 as a television special on NBC, THE ELECTRIC GRANDMOTHER was a retelling of a Ray Bradbury story. Maureen Stapleton stars as the kindly robotic granny who uplifts three children after the death of their mother. Edward Herrmann (THE LOST BOYS) plays their father and Paul Benedict (THE JEFFERSONS) plays the bemused robot-maker Fantoccini. The story began as a script Bradbury wrote for THE TWILIGHT ZONE called “I Sing the Body Electric”. The TWILIGHT ZONE episode was broadcast during its third season, in 1962, starring Josephine Hutchinson as the mechanical grandmom and Veronica Cartwright as the young girl. Bradbury subsequently adapted his teleplay into a 12,000-word novella, originally titled “The Beautiful One is Here”, published in McCall’s Magazine in August 1969. Renamed with its TWILIGHT ZONE title, the story was included that same year in Bradbury’s anthology, also titled “I Sing The Body Electric.” THE ELECTRIC GRANDMOTHER was well-received, having won a prestigious Peabody Award and an Emmy nomination in the category of “Outstanding Children’s Program”, while 10-year old Tara Kennedy (in her only film role) was nominated for a “Young Artist Award” in the “Best Young Actress in a Movie Made for Television” category. John Morris composed the music for THE ELECTRIC GRANDMOTHER a year before composing THE SCARLET LETTER, and fresh from his feature film scores for THE ELEPHANT MAN (1980) and Mel Brooks’ HISTORY OF THE WORLD PART 1 (1981). The score is based on two recurring themes: the dominant and quite cheerful “Electric Grandmother” melody for the family as a whole, and the tender, sentimental “Grandmother Lullaby” tune.

Born in Elizabeth, New Jersey in 1926, John Morris studied at the Juilliard School of Music and the University of Washington. From the 1950s through the 1970s, Morris helped to compose incidental music and dance numbers for a number of Broadway productions, including WILDCAT, HOT SPOT, BAKER STREET, DEAR WORLD, MACK & MABEL and HAMLET (1975). He also wrote and produced his own musical , A TIME FOR SINGING, released in 1966. He began a career in film scoring in 1968 with the Mel Brooks film, THE PRODUCERS. He has since scored more than sixty films and TV movies, including THE ELEPHANT MAN, THE DOCTOR AND THE DEVILS, DIRTY DANCING, CLUE, SCARLETT, and all but two of Brooks’ comedy films. He has been nominated twice for an Academy Award® and won two Emmy Awards® for his work. John Morris died on Jan. 25th, 2018 at the age of 91. His last film score had been for the 2004 film, THE BLACKWATER LIGHTSHIP, starring Angela Lansbury.