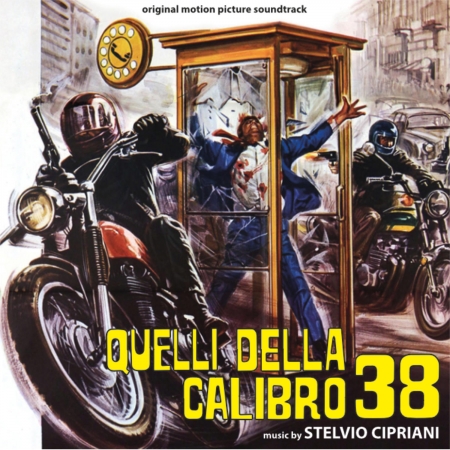 Digitmovies is releasing for the absolute first time on CD the OST by Stelvio Cipriani for the crime drama “Colt 38 Special Squad” (original title “Quelli della calibro 38”), combined with the re-release of the OST from the TV series “L’ispettore anticrimine”.

After forty years, the OST from "Colt 38 Special Squad" has been dug out and released on CD. Apart from the two songs with music by Stelvio Cipriani and lyrics by Hal Shaper, (performed by Grace Jones on the original single from Cinevox (MDF 098)), not one single note from the score had ever been released because the master tapes had been lost for a long time. Finally our dream has come true thanks to M° Cipriani, who had a copy of the stereo master in good condition in his archives. The music of Maestro Cipriani alternates rhythmic passages, which play as background music to the ruthless search scenes, with a recurring romantic melody where Franco De Gemini’s harmonica chimes in. In addition to the six minutes of the two songs on the single, we recovered about seventeen more precious minutes of background music (the film also includes some repertoire tracks) that will delight all fans of Maestro Cipriani and Italian Poliziesco films.

Police Commissioner Vanni of Turin is trying to catch Marseilles, the crime lord who killed his wife. Intensifying violence caused by criminals convinces the Chief Commissioner to form a special team of four motorcycle agents armed with unlicensed Colt 38 revolvers and headed up by Vanni. Nico, one of the agents, manages to make contact with the girlfriend (Sandra) of Marseilles’ right arm, Guido. Meanwhile, the criminal has managed to get hold of 70 kg of dynamite and begins a series of massacres followed by blackmailing the authorities- he asks for 5 billion in diamonds and a plane to leave the country. Guido, Sandra and Nico are killed, and while the authorities decide to give in to blackmail to prevent further destruction in Turin, the ousted Commissioner Vanni continues on his hunt to kill the Marseillaise.

In 1993 Cinevox Records released a CD (MDF 203) with twenty-one selections in stereo. Stelvio Cipriani wrote a main score with a similar style to the previous films in the series "The police ...", but this time he also reprised pieces from the exciting sea battle in "Tentacles." We can say this is definitely a trademark of Cipriani’s sound.

Action themes alternate with a serene love motif, with a theme for the inspector’s mother (“Mother’s Theme”), and with suspenseful atmospheres of soft and rare beauty. In order to fit everything on one CD, we agreed with the author to remove three tracks - two repetitions of the main score and the "Crime" piece, a piece that was specially replayed by Tony Esposito after the original recording session.

Puglia 1992. This is the story of an Inspector from the Criminalpol who must investigate trafficking by the Sacra Corona Unita, the mafia in Puglia. Through his investigations he discovers potentially infected blood, weapons trafficking  with  mercury bullets, and also agreements between the Sacra Corona and the Sicilian mafia. The inspector's team is made up of women and men from the State Police, in order to demonstrate equal working conditions and a commitment by the Italian army corps. 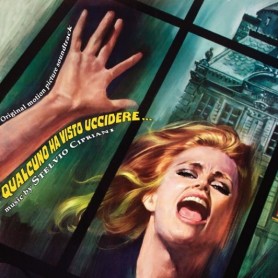 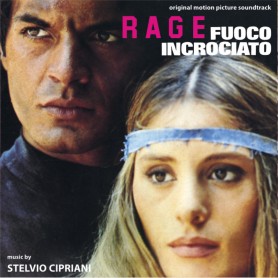