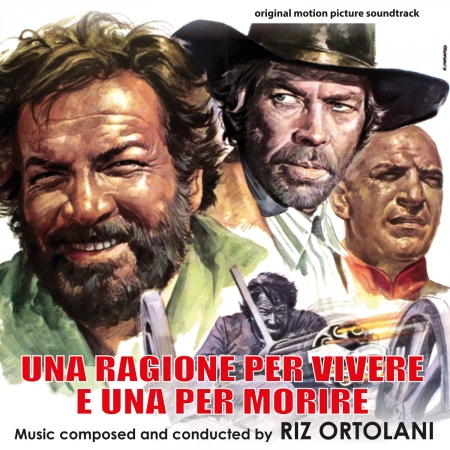 Digitmovies is releasing the complete OST by Riz Ortolani for the Spaghetti Western “A Reason to Live, A Reason to Die.”

Riz Ortolani composed one of his best scores during his long career with this one, an epic symphonic score where a heroic main theme played by horns and orchestra follows the group of courageous men to their deaths. At the time this OST was recorded, no LP or EP singles were released, but one melody was included as track # 1 on the B side of a rare Japanese album (Cinedisc 5010), on the OST from the movie “The Amazones” (aka “Le guerriere dal seno nudo “). This same song (Tr.10 on our CD) also appeared in the eighties on a French compilation LP of scores to Westerns, but was not included for obvious reasons on the reissue of “The Amazones” CD (Point PRCD113), nor on the previous CD from “A Reason to Live, A Reason to Die” (Point GFCI 105).