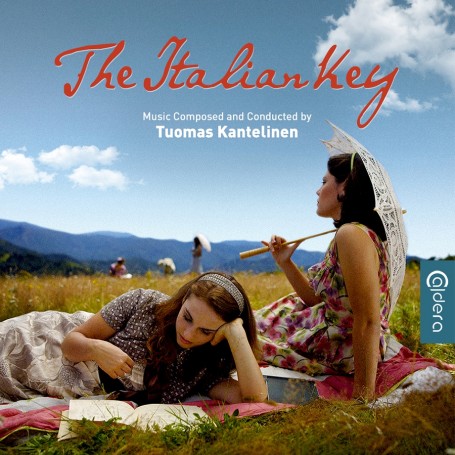 Caldera Records is proud to present the original score for the motion picture “The Italian Key” from 2011, directed by Rosa Karo. The film tells the story of 19-year old Cabella who receives a mysterious key as her only inheritance from her recently deceased uncle. The girl decides to literally unlock the secrets of her past by moving to a run-down villa in Italy. She slowly makes friends with three sisters and also befriends the ghost of a nine-year-old chimney sweeper named Angelo who died in the house long ago. Together with her new friends, Cabella starts to learn more about her mysterious past as she also rediscovers her “joie de vivre”…
The music for “The Italian Key“ was written by Tuomas Kantelinen who is also the producer of the film and the husband of its director. Since the film has a vintage look about it is meant to be an old-finished film in many respects, Kantelinen decided to pay tribute to that musically by delivering a romantic score for orchestra, filled with several themes and motifs that describe the characters and their surroundings. Like the film, the music is charming, sunny and optimistic without lacking the depth the subject matter requires. After six years, the music for “The Italian Key” finally receives its well-deserved release as one of the best works of Tuomas Kantelinen.
The 21st CD-release of Caldera Records features a detailed booklet-text by Gergely Hubai and an elegant artwork by Luis Miguel Rojas. The CD was produced by Stephan Eicke and John Elborg.