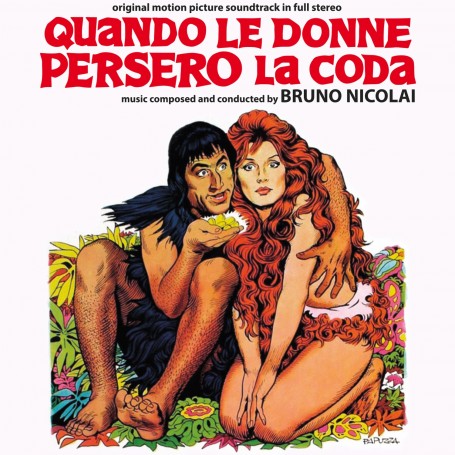 We are rereleasing the complete OST on CD by Bruno Nicolai for the comedy film “When Women Lost Their Tails” (aka “Quando Le Donne Persero La Coda”).

Originally C.A.M. had never released any disc with the OST by Bruno Nicolai from the movie "When Women Lost Their Tails," although Ennio Morricone had released an LP for the film "When Women Had Tails" in 1970 (SAG 9032). Finally in  2000 C.A.M. rereleased Morricone’s OST from the first film for the first time on CD (CAM 495375-2), which was combined with six tracks from Maestro Nicolai, inspired by the sequel. We should start by saying that "When Women Lost Their Tails" also contains music by Ennio Morricone taken from the first film, and we discovered that a previously unreleased master stereo album had been created by Maestro Nicolai with twelve tracks lasting a total of 31:33 minutes. Now we are pleased to offer all the music specially written and recorded for the film that will delight the fans of Maestro Nicolai around the world.