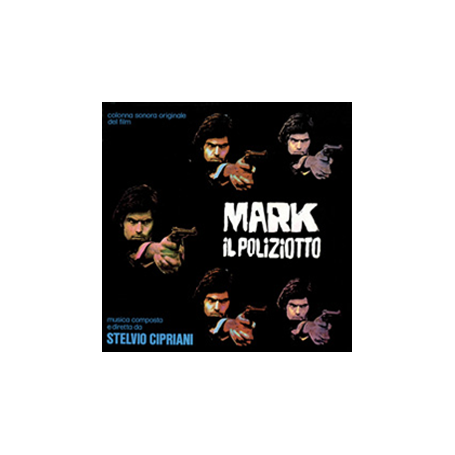 MARK IL POLIZIOTTO (BLOOD, SWEAT AND FEAR) is a police movie directed in year 1975 by Stelvio Massi. Subject of Adriano Bolzoni, Raniero Di Giovambattista, Dardano Sacchetti, Stelvio Massi photography by Marcello Gatti editing by Mauro Bonanni music score by Stelvio Cipriani produced by PAC - PRODUZIONI ATLAS CONSORZIATE distributed by PAC cast: Franco Gasparri, Lee J. Cobb, Giampiero Albertini, Giorgio Albertazzi, Sara Sperati, Carlo Duran, Andrea Aureli, Francesco D’Adda, Luciano Comolli, Danilo Massi.
At the time of the movie’s theatrical release Cinevox Records printed 33 rpm with fourteen selections (LP MDF 33/91).The same material has been re-issued from Ci- nevox Records for the first time on CD (CD MDF 354) in year 2004 with an extra track in mono previously unreleased, but sadly the session tapes are not survived until today. This brand new re-release contains the same material of the previous CD issue, but with a more accurate digital remastering. Stelvio Cipriani has written a memorable score, surely one of his best of the POLIZIOTTESCO genre, based on the very cool Main Theme introduced by dynamite Bass that all Stelvio Cipriani and Police movies fans around the world love so much. The original album, assembled by the composer himself forty years ago using the stereo master tapes, is a pure joy for the listener, al- ternating slow dark sound atmospheres that perfectly represent musically the urban jungle to fast action themes. We can enjoy among the superb soloists involved in the recording session also the harmonica of the legendary Franco De Gemini. This score is so cool that it deserves to be re-issued again and again. 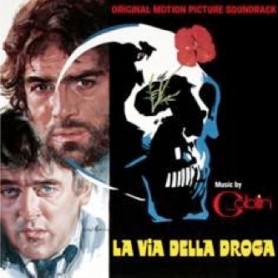 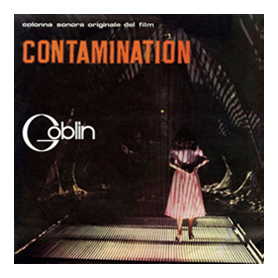