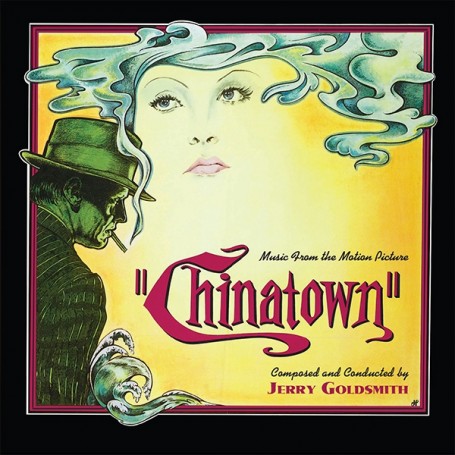 One of Jerry Goldsmith's all-time most important soundtracks is expanded at last! Roman Polanski's landmark, Academy Award-winning Chinatown left 1974 audiences (and other film makers) with an impact that still reverberates to this day. Stars Jack Nicholson, Faye Dunaway, John Huston, writer Robert Towne, producer Robert Evans… all found themselves together, making the film of a lifetime! Sharing in that spotlight of success was composer Jerry Goldsmith, fashioning one of the most successful - and innovative - scores of a prolific and remarkably brilliant career. Private detective J.J. Gittes sets out on a routine investigation and winds up mired in an increasingly involved and complex web of deceit, deception, corporate crime, greed… and murder. He also finds himself drawn into a love affair that finds him inexorably doomed to repeat tragic mistakes from his past. To provide a musical score that could meld the 1930's Los Angeles milieu with issues relevant in modern times, Goldsmith made the now-legendary decision to anchor the music with a lonely, winding minor-key theme for solo trumpet in 30's period garb, then surround it with material in his trademark contemporary vernacular. The results were perfection: masculine-but-melancholy period trumpet amidst modernistic glissando strings, ringing chimes, scratching percussion effects, multiple harp arpeggios, dissonant harmonies, striking pizzicatos, everything combining together with brooding intensity until it all comes full circle, just like the story. Especially noteworthy are numerous devices from four pianos, tinkling in the right hand, jabbing in the left, hitting in collective cluster. Intrada now presents, courtesy Paramount Pictures and universal Music Group, two programs of this "perfect" score: first a remastered stereo reissue of the famous original ABC label 1974 album, second the complete score as it appears in the film, including music previously unreleased! Previous CD reissues of the 1974 album have been mastered it extremely "hot" levels, compressing the dynamic range and losing much of the level nuance between the various orchestral colors. For this Intrada presentation, an all-new mastering affords more appropriate levels, improved dynamics, better orchestral nuance… and less distortion at last! For the complete score presentation, Intrada was given access to what appears to be the sole remaining "master tape-quality" source material of the complete scoring sessions: a 1/4" full-track (mono) copy of the tape preserved by the composer himself, containing every cue he recorded. A number of important distinctions between the score as recorded for the film and the album are evident: different codas to the closing trumpet line and piano  codas in the titles, judicial edits in the album takes, etc. Of special reward are the previously unreleased cues, including the lean, austere trumpet solo of "No Trespassing" when Jake enters the orange groves. Of particular interest is the haunting trumpet variant of the main theme ("Second Thoughts") ending on a rare and otherwise unrelated (for this score) major key as Jake showers, reflecting on events leading up to this unsatisfying juncture in his life. While in mono, the complete score offers clean, warm overall sound with crisp detail. A "flipper-style" booklet cover from Joe Sikoryak plus detailed notes by Jeff Bond is still another asset to this important release. Jerry Goldsmith conducts. Intrada Special Collection CD available while quantities and interest remain! 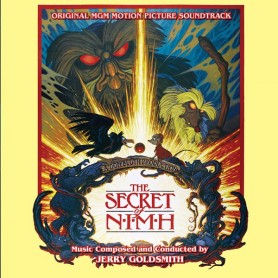 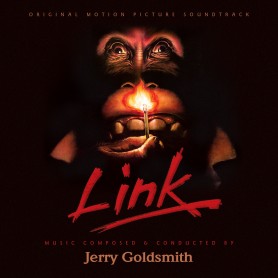