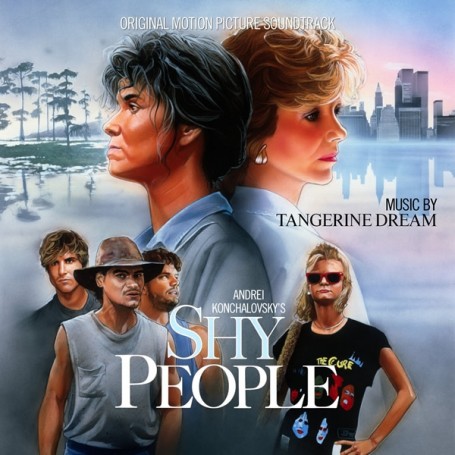 Dragon’s Domain Record presents the soundtrack release of SHY PEOPLE, featuring music composed by Tangerine Dream (SORCERER, THIEF, NEAR DARK) for the 1987 drama directed by Andrei Konchalovski (RUNAWAY TRAIN, THE INNER CIRCLE, THE ODYSSEY), starring Jill Clayburgh (SILVER STREAK, AN UNMARRIED WOMAN, HANNA K), Barbara Hershey (HANNAH AND HER SISTERS, HOOSIERS, BEACHES), Martha Plimpton (THE GOONIES, THE MOSQUITO COAST, PARENTHOOD), Mare Winningham (ST. ELMO’S FIRE, MIRACLE MILE) and Merritt Buttrick (STAR TREK II: THE WRATH OF KHAN).
SHY PEOPLE tells the story of sophisticated Big Apple Cosmopolitan writer Diana (Clayburgh) who takes her rebellious teenage daughter, Grace (Plimpton) along with her on an assignment away from the big city and out to the Louisiana swampland to research a story on her own distant family, in the form of her distant cousin, Ruth (Hershey). The story is about the clash of cultures that erupts between classes, a contrast between radically different lifestyles and behavior patterns, which continues to heat up to a boiling point when Diana and Grace slowly become entangled in circumstances that are totally unfamiliar to their way of life. SHY PEOPLE boasts especially fine performances from the primary leads (Hershey won the best-actress award at Cannes; Plimpton was nominated for best supporting female actress at the Independent Spirit Awards), outstanding widescreen photography by Chris Menges (Oscar winner for Roland Joffe’s THE KILLING FIELDS and THE MISSION) and a then-contemporary Dolby sound mix. While the film seems to have fallen through the cracks over the years and is definitely a slow burn, the film provided an opportunity for Tangerine Dream to underscore a unique human drama.
To score SHY PEOPLE, director Andrei Konchalovski, who was a classically trained musician himself, was looking for someone to create an extra dimension through the music that would enhance the visual qualities of his film. Konchalovsky flew to West Berlin and met with band members Edgar Froese, Christopher Franke, and Paul Haslinger in their studio to discuss in detail his preferences for the music, staying for several weeks as the process developed. When scoring films in their Berlin studio in those days, Tangerine Dream would deliver their finished music mix to the production company, and from then on wouldn’t be involved with the final mix. In SHY PEOPLE’s case, it was left to Konchalovsky and supervising music editor Virginia Ellsworth and her team (assistant music editors Robin Katz and John Ganem) to edit the tracks and place them against scenes that Konchalovsky felt they’d be most effective. The band would be responsible for shaping the music into a listenable presentation. The score for NEAR DARK was produced around the same time as SHY PEOPLE and both scores show a remarkable growth in the evolution of the band’s sound.
An early compact disc release from 1987 for both Silva Screen Records and Varese Sarabande and very scarce, Dragon’s Domain Records is excited to bring SHY PEOPLE back into the marketplace, newly remastered by Digital Outland and previously unreleased music. The booklet includes exclusive liner notes written by author Randall Larson, with the participation of composer Paul Haslinger and music editior Virginia Ellsworth.
SHY PEOPLE is a limited edition release of 1000 units. 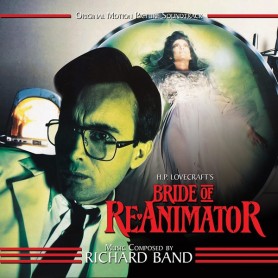