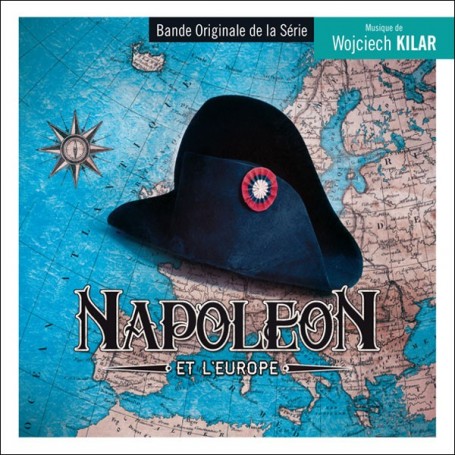 The ambitious TV mini-series Napoléon et l'Europe was created by French channels La Sept and FR3 in 1991. The making of this series, consisted of six episodes, was to give the opportunity to five European countries to tell the story of Napoleon Bonaparte from their own points of view.

Crowned Emperor by the Pope in 1804, Napoleon Bonaparte remains forever associated with the numberless victories of his army on the fields of battles that brought his Empire to count as many as 132 departments and numerous vassal states. However, the coalitions of all the great powers of Europe do not accept the dazzling ascension of the heir of the Revolution.

Music Box Records proudly presents for the first time on CD the unreleased original television soundtrack composed by Wojciech Kilar. He is one of the most talented and best known Polish composers around the world. He has written music for over 140 films. For the past forty years he has been collaborating with many directors, including with Andrzej Wajda, Krzysztof Zanussi, Roman Polanski, Jane Campion, Francis Ford Coppola and James Gray.

The score of Napoléon et l'Europe is filled with all the composer's trademarks: a lushly brooding sense of Eastern European sensibility, romantic orchestral melodies, pastiches of heroic marches and chamber music, a great amount of gravity and tension, forceful percussive rhythm and ascending melodic lines so typical of this composer.