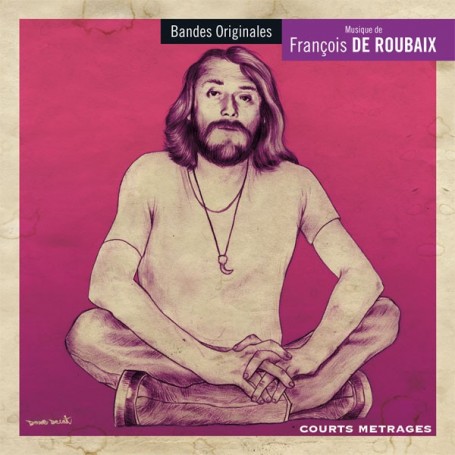 If François de Roubaix is mainly known for his scores for cinema and TV series, he also composed for live performances, puppet shows, advertisements, radio shows and short films.

With Courts Métrages, Music Box Records is pleased to present an anthology of his most beautiful music written for short films produced between 1963 and 1973. Over a period of about fifteen years François de Roubaix set more than 160 short films to music. It was for this movie format that he began his career as a composer at Films du Centaure, the production company owned by Paul de Roubaix, his father.

This new expanded CD release was fully mastered and carefully restored with new editing. The original WEME double LP record presented a selection of his short films but was sold out very quickly in 2011. With this new presentation conceived by Gilles Loison, it contains now 5 additional cues never before released.

This new real gem once more demonstrates that his unique talent for melodies never failed: a sweeping musical array of psychedelic glints, pop beats, epic themes, experimental breaks and sweet jazz miniatures. The sense of gimmick, attention to detail and the rich orchestration all combine to make these tracks a magnificent extension of François de Roubaix’s work.