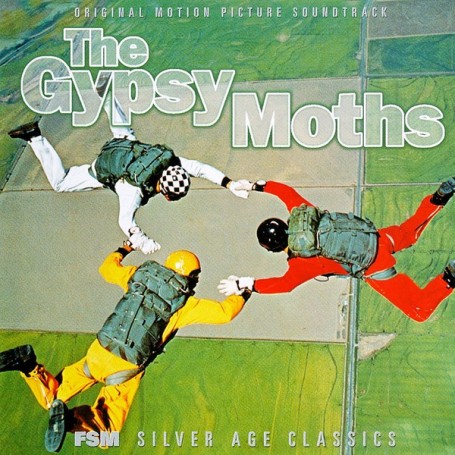 When John Frankenheimer passed away in July 2002, he left a remarkable body of work including such admired films as The Manchurian Candidate, The Young Savages, Grand Prix, Sec onds and the recent Ronin. Frankenheimer excelled at telling human stories in action-based settings, and one of his best is The Gypsy Moths (1969). The film stars Burt Lancaster, Gene Hackman and Scott Wilson as barnstorming skydivers pa ssing through a Kansas town where Lancaster has an affair with a married woman played by Deborah Kerr. Although little seen, Frankenheimer regarded the film as amongst his two or three favorites, and the picture holds up as a quiet masterpiece of characte r and setting.

Elmer Bernstein's score to The Gypsy Moths is one of its strengths, emphasizing the characters' inner melancholy against the backdrop of nostalgic Americana. The robust, action-oriented cues for the skydiving sequences are obviou s highlights, with Bernstein boldly playing up the thrill of the jumps, the Americana horizons and the proximity to the heavens. But the score also excels in its achingly bittersweet softer cues, painted gently and with impeccable taste. All of the cues are linked by the tuneful, buoyant main title, somewhat in the style of True Grit, composed the same year.

FSM's premiere CD of The Gypsy Moths is entirely in stereo and features the complete underscore followed by the film's nightclub and march source cues. The liner notes provide insight on the production (including Bernstein's perspective) and explanation of the deleted and alternate cues.