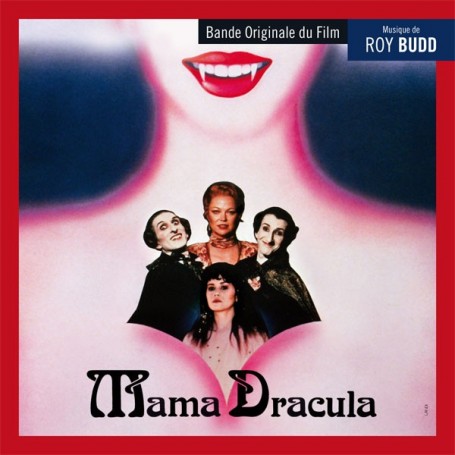 It was during the raucous production of Picha's Tarzoon: Shame of the Jungle, a 1975 adult-oriented French/Belgian animated film directed by cartoonist Picha, that producer Boris Szulzinger came across Roy Budd, a lightning bolt of an experience both on artistic and human levels. In 1980, the British composer would be offered two Franco-Belgian projects produced by Boris Szulzinger destined to appear on the big screen, separated by an interval of several months: The Missing Link and Mama Dracula.

The film tells the story of Mama Dracula, a character based on the true story of Countess Bathory, an enthusiast of rejuvenation baths consisting of the blood of young virgins, must come to terms with a shortage of such blood in the modern era. The musical accompaniment adheres strictly to a number of codes indispensable to generating the required mood: a romantic sombre feel with the use of a cimbalom and harpsichord, a lively tango theme for the twin vampires, military music pastiche, mock fanfare and lounge music à la Henry Mancini, all provided by the National Philharmonic Orchestra.

For more than thirty years, only the vanishingly hard-to-find LP record of the era could avail a taste of the unbridled yet delicious characteristics of this score. The present edition is therefore a chance for all admirers of Roy Budd to finally enjoy it, through a painstaking and careful presentation aimed at preserving the splendid original mix. The original soundtrack possesses all the generous qualities that typified its composer and merits fully the homage paid here to its true value.