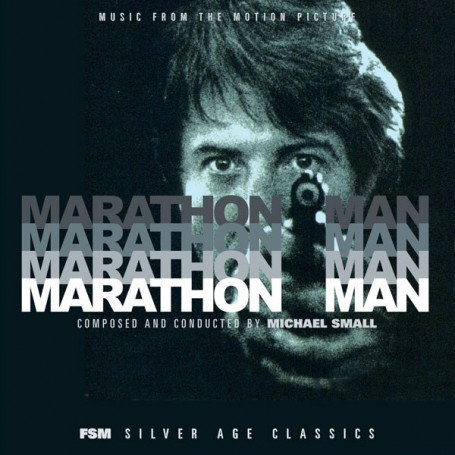 FSM presents two superb Michael Small thriller scores long requested on CD: Marathon Man (1976) and The Parallax View (1974), both from the Paramount Pictures vaults—two classic works of pain and paranoia from the 1970s.

Marathon Man gave cinema one of its most iconic and frightening scenes: Laurence Olivier, as a fugitive Nazi dentist, torturing Dustin Hoffman with dental equipment while repeating the perplexing question, “Is it safe?” The film was directed by John Schlesinger from a screenplay by William Goldman (based on his book) and also starred Roy Scheider, Marthe Keller and William Devane. The film is equal parts international intrigue, historical speculation, character development and pitch-perfect suspense—a masterpiece of the genre.

The Parallax View, directed by Alan Pakula (see FSM’s CD of Klute/All the President’s Men), was a political thriller starring Warren Beatty as a quirky reporter who stumbles upon an all-powerful organization, The Parallax Corporation, recruiting assassins for nefarious ends. With its breathtaking filmmaking, paranoid conspiracy theories and downbeat implications, no film made the doom and gloom of the Watergate era so fascinating or pleasurable.

A huge part of the success of both films is their music by Michael Small, a master of the suspense and subtlety required of these pictures. Marathon Man features a melancholy main theme for Hoffman’s troubled graduate student and a foreboding anthem for Olivier’s Nazi, as well as fascinating textural ideas such as pitch-bending strings, ominous piano and piercing synthesizer. The Parallax View centers on a skewered patriotic march for the Parallax Corporation, and features a five-minute pop-rock source cue, “The Parallax Test,” for a pivotal recruitment film. Both scores feature arresting action cues that emerge perfectly from the atmospheric dissonance.

Marathon Man, although produced second, comes first on this CD as it is newly mixed from the original 16-track 2” multitrack tapes for modern stereo sound. No scoring session masters survived for The Parallax View, so its score is presented in mono (given a light stereo reverb for listenability) from the film’s edited music stem. 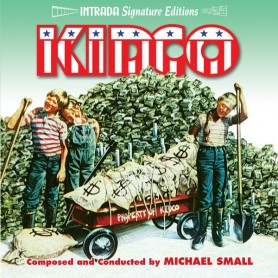 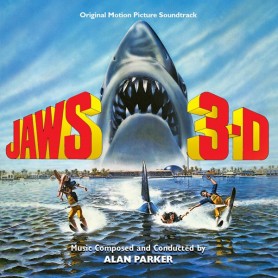