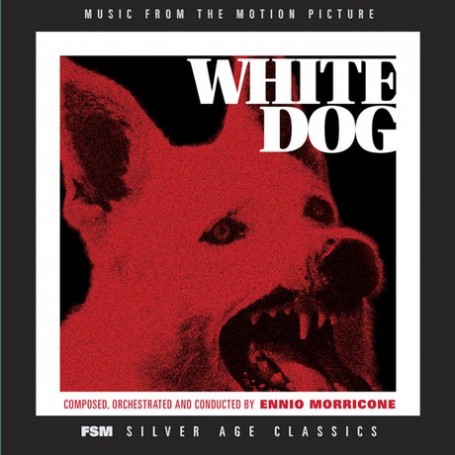 White Dog (1982) is an exceptional Samuel Fuller drama about a provocative concept: the title refers not to a dog with white fur but to one that has been brutally trained to attack African-Americans. The film stars Kristy McNichol as a struggling Hollywood actress who adopts such an animal—unaware of its true nature—then takes it to trainers played by Burl Ives and Paul Winfield in an attempt to undo its conditioning.

White Dog was an unfortunate case where, prior to release, controversy over the film’s subject matter led to fears that it carried a racist message—which could not be further from the truth. The film is, in fact, a mature drama virtually bereft of racist characters; the only racist behavior depicted is that of the dog, and the animal is, if anything, a victim itself of the scourge. Nonetheless, the film was shelved and virtually unseen in America until a recent DVD release.

Adding immeasurably to White Dog is the meditative and melodic score by Ennio Morricone—a beautiful example of the Maestro’s restraint, musical sophistication and impeccable taste. Haunting, classically styled themes are used to create waves of moods and sensations, from pensive unease to operatic violence to elegiac beauty, as the characters struggle to understand and deprogram the dangerous yet tragic title animal.

All previous editions of the White Dog soundtrack were pirate copies taken from an unreleased album master. FSM’s premiere CD features the complete score from the three-track ½” film mixes by recording engineer Dan Wallin in excellent sound quality. (The booklet features instructions on how to program the tracks that comprised the album mock-up.) Liner notes are by Jason Comerford. Nearly three decades later, yet another of Ennio Morricone’s cinematic gems is given its due on CD.