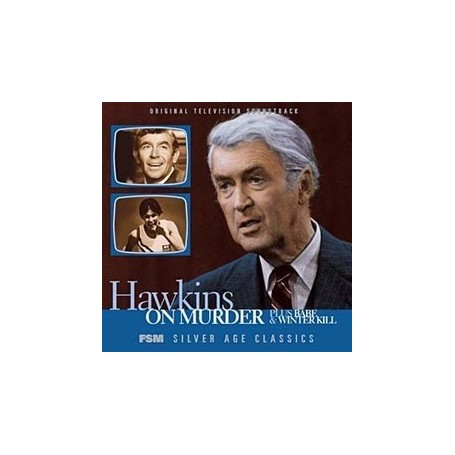 Jerry Goldsmith is one of the greatest feature film composers of all time, but he has often returned to his roots in television for memorable themes and scores, from The Man From U.N.C.L.E. to Star Trek Voyager. The early 1970s were an especially prolific time for Goldsmith in television, and this CD features three of his projects for M-G-M Television, two of them produced by U.N.C.L.E.'s Norman Felton.

Winter Kill (1974) was a two-hour intended pilot movie starring Andy Griffith as a small-town sheriff confronted with a vicious string of murders. Goldsmith wrote an exciting theme for ARP synthesizer, strumming guitars and orchestra, foreshadowing his popular score to Breakheart Pass (1976), along with moody, ambient suspense and action cues including low-end piano and tabla percussion. (Certain atmospheric cues are relegated to the bonus section of the CD.)

Babe (1975) was a stellar TV movie about Babe Didrikson Zaharias, the greatest woman athlete of the 20th century. The production was one of the first biopics for television and one of the finest, with Emmy-winning efforts by actress Susan Clark and Goldsmith. The score is a sensitive gem of melody and Americana, with a heartfelt main theme often played by acoustic guitar, and lively accompaniment for Babe's athletic achievements.