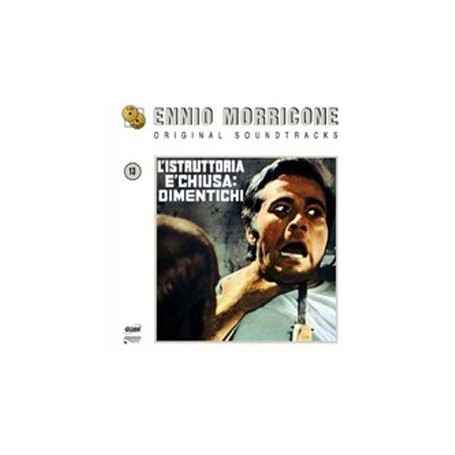 THE CASE IS CLOSED: FORGET IT is a 1971 film directed by Damiano Damiani, with Franco Nero starring as an architect named Vanzi who was accused of murder and sentenced to jail. Vanzi knows how to make opportunistic use of abuses in prison and by coming to the status of his class of parole for good behavior. The film is conventional, but made proficient in the harsh prison tradition. Refined scenario in which the main character, first as a victim claiming sympathy and his own identity and then showing his true hypocrite guise in harsh conditions, gives the main impact to this thriller. The music by Ennio Morricone is most original and works perfectly in the film. But don’t expect a classic melody in this score. It was not a film for romance or beauty. At times the music is difficult to listen to. Electronic sounds and bits and short pieces of marches and classical music are heard in a way like someone is going through all channels on a radio. As mentioned in the opening credits of the film the electronic sounds in this score were created with the collaboration of Walter Branchi. Branchi was like Ennio Morricone a member of the “Gruppo di improvvisazione Nuova Consonanza” at the time. Originally there were no plans to produce this score as a soundtrack album. But the fame of Morricone made that his fans worldwide wanted this scores to be released. In 1998 the first soundtrack of this film was released on cd. In 2004 an extended LP and CD were released and in 2014 a new re-issue on LP with different artwork. Now you have the remastered version with an improved sound quality. If you listen carefully, the music of this score is a real and excellent composition and not improvisation at all. An interesting score.

DEVIL IN THE BRAIN is an Italian Giallo (yellow) movie directed by Sergio Sollima in 1972. Little Ricky, a child suspected of killing his father is imprisoned in a mental hospital with nuns. Doctor Emilio Bontempi (played by Tino Buazzelli) finds the boy mentally healthy and begins to suspect another explanation. Sandra, the mother (played by Stefania Sandrelli), has lost her memory from the shock, while countess Claudia Osio De Blanc (played by Micheline Presle) is trying to cover up the truth. Suspense till the end. The film did have a very good success of audience in Italy, but less internationally. Sollima and Ennio Morricone had already worked together in three previous films: LA THE BIG GUNDOWN (1966), FACE TO FACE (1967) and
VIOLENT CITY (1970). The thriller has a nice quiet score with a beautiful opening theme, supported with the voice of Edda Dell’Orso. Track 3, Prima della rivelazione, is heard in the film when Little Ricky is in a mental hospital and pieces of Für Elise by Ludwig van Beethoven are used in other parts of the score. Für Elise returns in track 8, Vita sospesa. He used again Beethoven’s Für Elise three years later in the western THE GENIUS starring Terence Hill. In DEVIL IN THE BRAIN Morricone made a perfect balance between music full of suspense and classical pieces. He wrote few themes, but fantastic, that work perfectly in the film. Bruno Nicolai conducted this score, as in many other occasions. In 1972 the Maestro was very productive and composed the music for 22 films released in that same year, including both those for the big screen and those for TV. 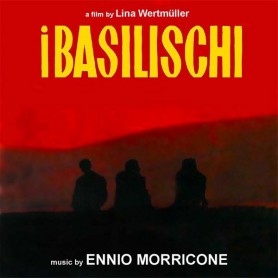 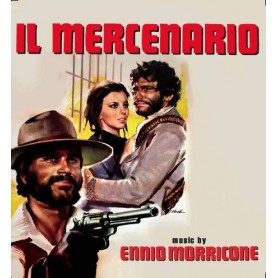