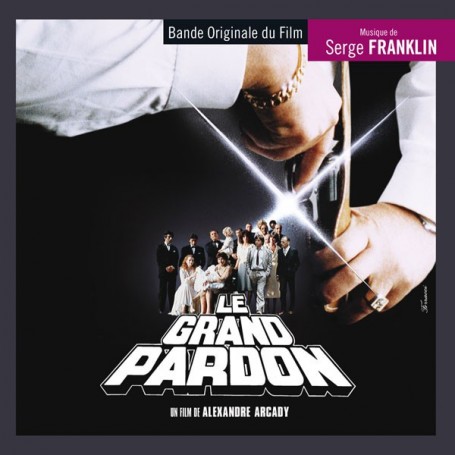 In 1980, while his first feature Le Coup de Sirocco (1979) was just turning out to be an unexpected box office success, the young movie director Alexandre Arcady was already considering reuniting most of his film crew, including the lead Roger Hanin, the screenwriter Daniel Saint-Hamont and the composer Serge Franklin.

Moving away from the historical and social context depicted in the first title (the evacuation of French citizens to mainland France in the aftermath of the Algerian independance war), this second effort was now embracing the gangster movie genre. Le Grand Pardon (1982), dealing with the Bettoun clan gradually expending its power among the underworld, was most of all the story a family governed with an iron fist by its imperial father figure, Roger Hanin. Extorsion racket, pimping, clandestine gambling, big guns and back rooms, criminal and sentimental rivalries, settling of scores and family reunion... all of which served an overall panorama mixing atmospheres and colors, emotions and thrills. Yet, blackness and deep red blood definitely predominated.

Serge Franklin, a prolific and versatile artist, composed here one of his most famous and enduringly successful film scores. Both humanist and violent, langourous and fierce, intimate and intense, the score of Le Grand Pardon stands out by its dearing qualities and melodic variety: action themes, rythmic and synthetic effects, jazzy brass, tense strings, shivering guitars... Evocations of strong family ties, power hunger and lust for revenge all converging into one story.

This score, fully catching from the first listening, "has left its mark on the young composers of its time" Serge Franklin later admitted. Its themes and mixture of tones are still intriguing today, as it seemed to pave the way to the upcoming 1980s.