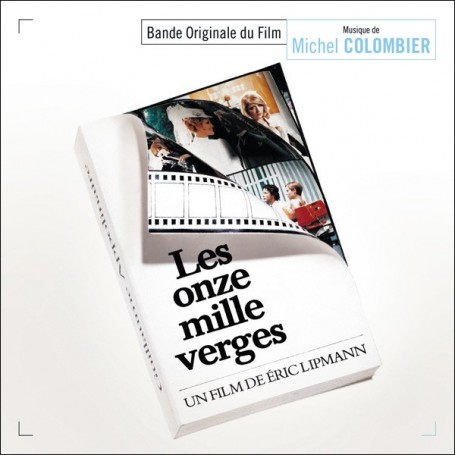 In collaboration with Gruppo Sugar and Les Éditions Djanik, Music Box Records announces the release of a new CD featuring two scores from French composer Michel Colombier (Purple Rain, L'Héritier, The Golden Child). Though he wrote over 100 film scores, only a handful of Colombier scores had been released and we are happy to add two more titles to the expanding discography.

Directed by José María Forqué, Tarot is a 1973 Spanish thriller starring Sue "Lolita" Lyon as a young gold digger getting involved with an elderly blind man (played by Fernando Rey). Colombier’s score for the film is anchored by the title song Tarot, performed by Canadian singer Nanette Workman. Apart from the song, the music is characterized by electronic experimentation and esoteric ambient sound design for the loveless romance of Angela and Albert.

The CD features over 75 minutes of music, including 25 minutes of previously unreleased music. Les Onze Mille Verges features a remastered recreation of the original LP program, previously issued by Pathé when the film came out. Selections from Tarot (only 5 cues) were previously released on the flipside of an EP – now this program is expanded to feature all the surviving psychedelic music, including several takes of the catchy title tune. The CD comes with a 8-page booklet with French and English liner notes by Gergely Hubai discussing the films and the score.