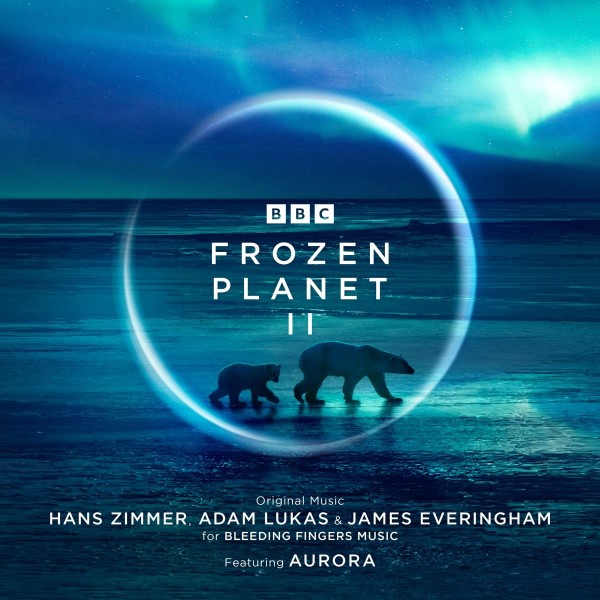 In 2011 the BBC series Frozen Planet, focusing on life and the environment in the Arctic and Antarctic won acclaim across the world and received four Emmy awards. Over a decade on from the original Frozen Planet, the sequel, Frozen Planet II tells the complete story of the entire frozen quarter of our planet that’s locked in ice and blanketed in snow.

Mark Brownlow, Executive Producer, Frozen Planet II, reveals “Frozen Planet II is a celebration of wondrous wildlife overcoming the challenges of life in the extremes. Yet today it faces the even greater challenge of climate change”.

Hans Zimmer is one of the most prolific and acclaimed film score composers with over 150 scores to his credit. He is the winner of four Grammy Awards, three Classical Brit Awards, two Golden Globes and two Academy Awards. His long-standing working relationship with BBC Earth has seen an incredible body of music including previous Silva Screen releases, Seven Worlds One Planet, Blue Planet II and Planet Earth II.

Zimmer’s hand-selected, exciting and diverse Emmy Award winning composer collective, Bleeding Fingers Music, embraces and nurtures a deep musical heritage to deliver a sonic depth that is second to none. The Frozen Planet II score is enriched by the ethereal voice of the Norwegian singer songwriter AURORA.

“The Bleeding Fingers team and I feel incredibly privileged to be given the opportunity to score such a pioneering and important natural history landmark as Frozen Planet II.” – Hans Zimmer

9 Giants of the Deep

11 Showdown at the Shore

2 Journey to the Southern Ocean

16 Scars of the Earth

17 Then There Will Be a Future