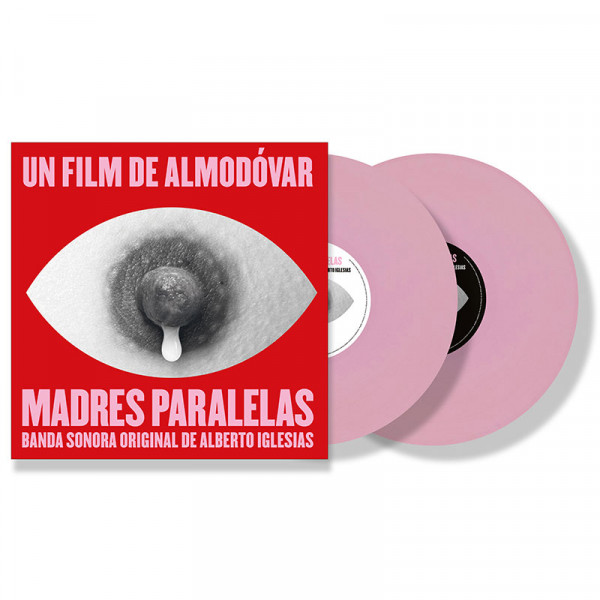 Quartet Records and El Deseo present the vinyl edition of the last collaboration between Academy Award-winning director Pedro Almodóvar and prestigious three-time Academy Award-nominated composer Alberto Iglesias (THE CONSTANT GARDENER, THE KITE RUNNER, TINKER TAILOR SOLDIER SPY) for MADRES PARALELAS, their thirteenth film together, coming after twenty-five years of intense collaboration and worldwide success with such films as ALL ABOUT MY MOTHER, TALK TO HER or PAIN AND GLORY.

The film is about two women, Janis and Ana, who coincidentally land together in a hospital room where they are going to give birth. Both are single and became pregnant by accident. Janis, middle-aged, doesn’t regret it and she is exultant. Ana, an adolescent, is scared, repentant and traumatized. Janis tries to encourage her while they move like sleepwalkers along the hospital corridors. The few words they exchange in these hours create a very close link between the two, which by chance develops, complicates and changes their lives in a decisive way.

Alberto Iglesias has written one of his most intense, emotional and moving large-orchestral scores, with echoes of Ravel, Debussy and the Spanish tradition of Manuel de Falla. The music was recorded at Air Studios, London, with Thomas Bowes as concertmaster. The album also includes two classic pieces by Janis Joplin and Miles Davis.

This LP has been pressed in a double high quality colored pink vinyl, mastered by José Luis Crespo. Packaged in a luxurious gatefold jacket with liner notes by the composer.