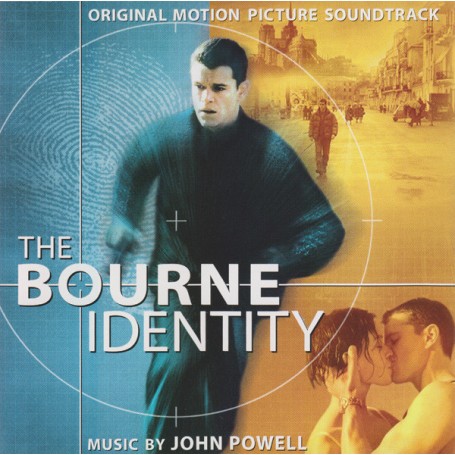 Robert Ludlum’s The Bourne Identity, the first in his trio of international thrillers featuring master spy Jason Bourne, was a sensation when it was published in 1980. Now this potent novel gets an edgy 21st century spin from director Doug Liman (Swingers, Go) who delivers Ludlum’s high-stakes tale with grit, style and nerve.

The story opens as an amnesiac (Damon) is rescued at sea by the crew of an Italian fishing boat. Nearly dead, he carries only the bullets in his back and the bank account number implanted in his hip. Although completely without identity or background, he does possess an array of extraordinary talents in fighting, linguistics and self-defense that speak of a dangerous past. He sets out on a desperate search – assisted by the initially rebellious Marie – to discover who he really is, and why so many people want him dead.

The exciting score for The Bourne Identity was composed by one of the newest and most exciting names in film music, John Powell. While his biggest hits have, so far, come from such family film blockbusters as Shrek and Chicken Run, Powell is no less adept at more intense fare, as his acclaimed score for John Woo’s Face Off was ample proof.